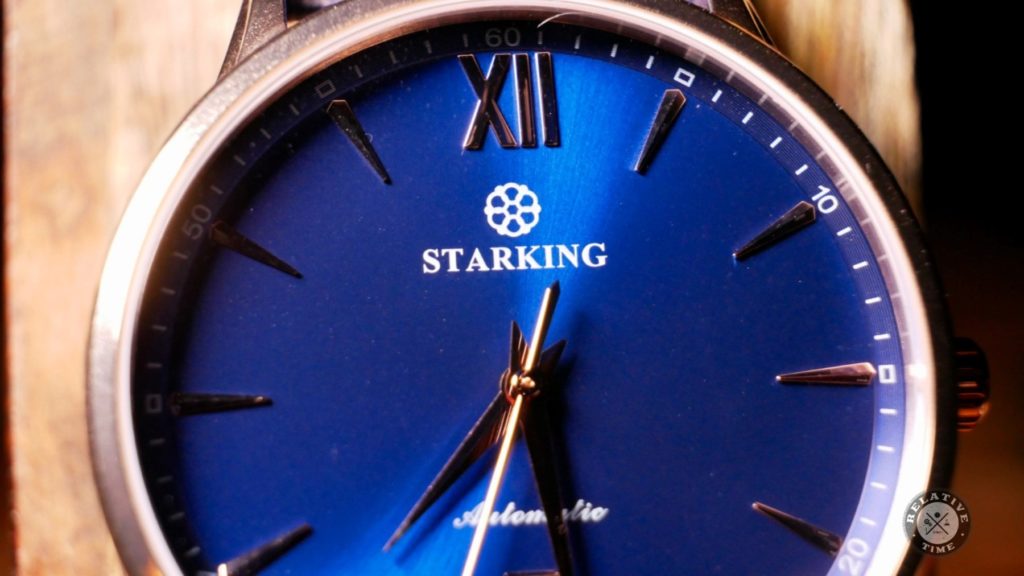 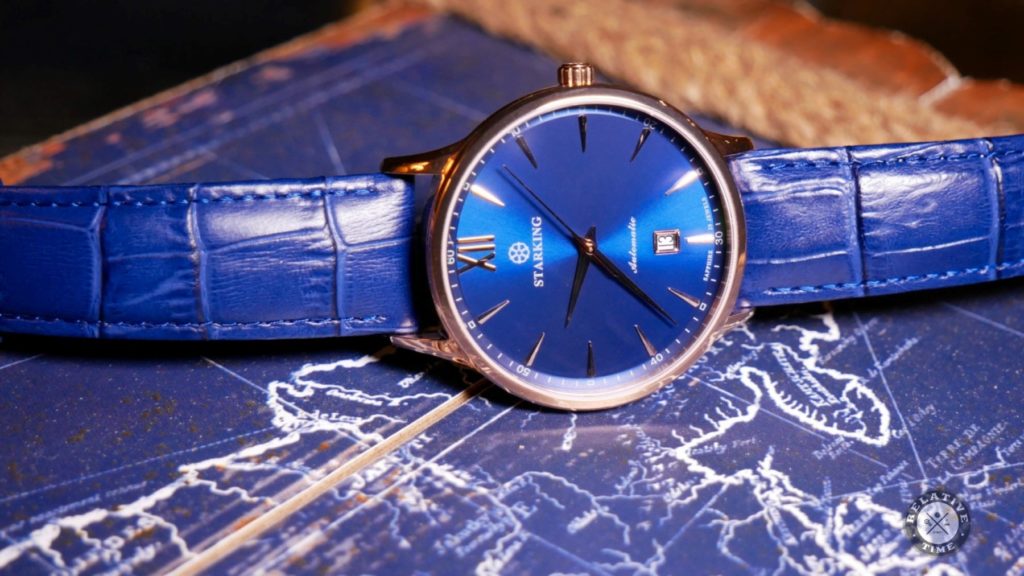 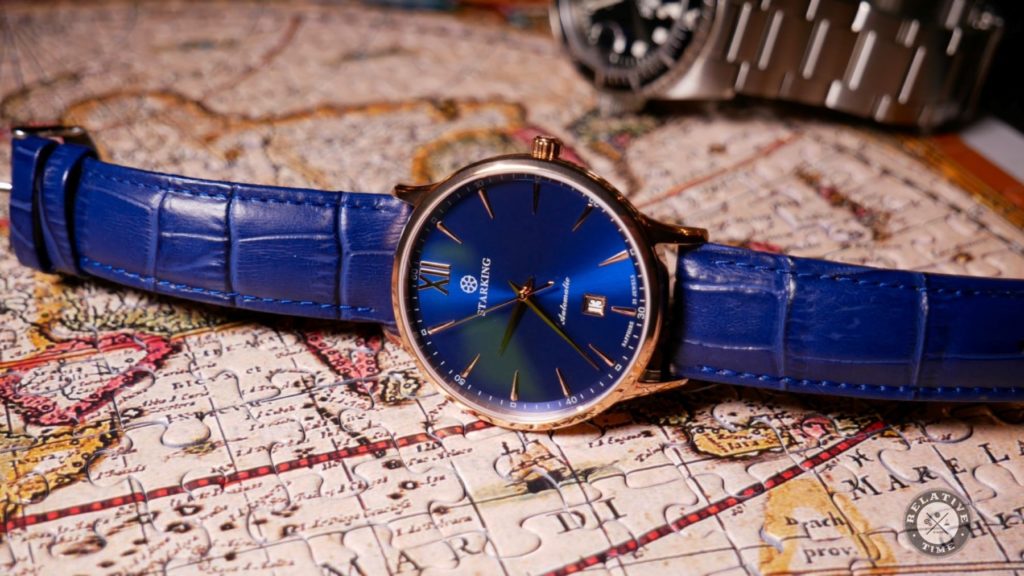 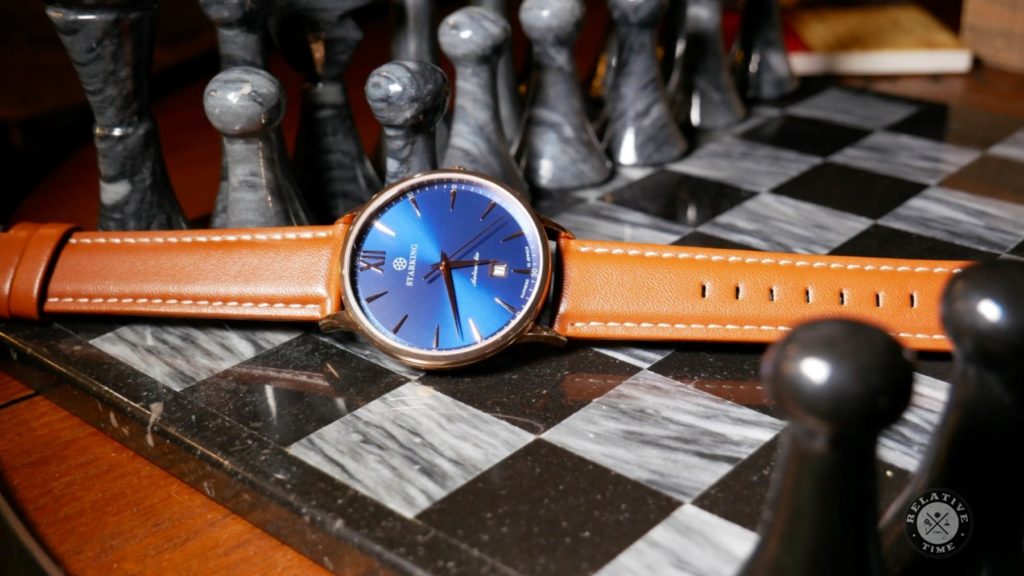 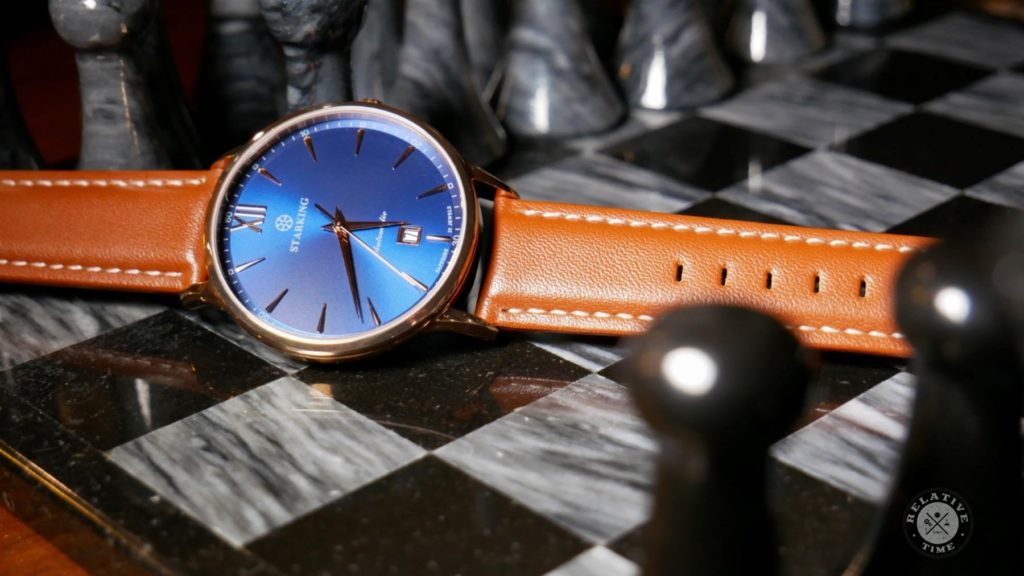 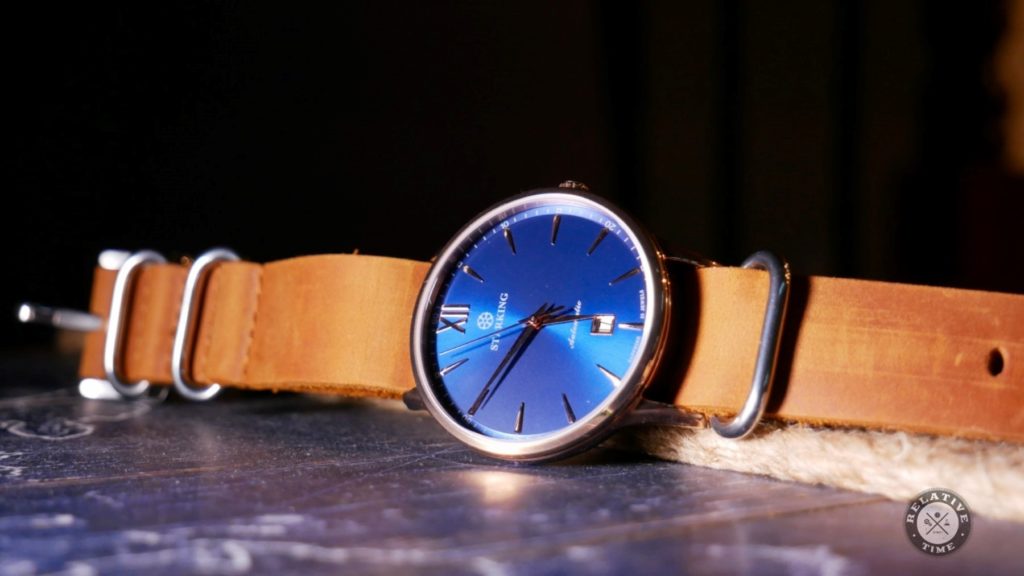 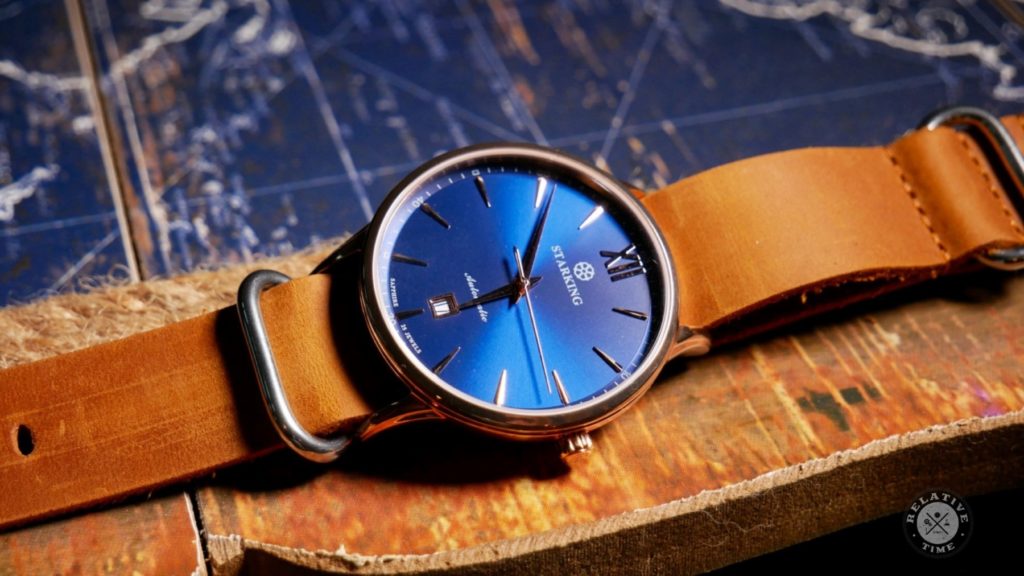 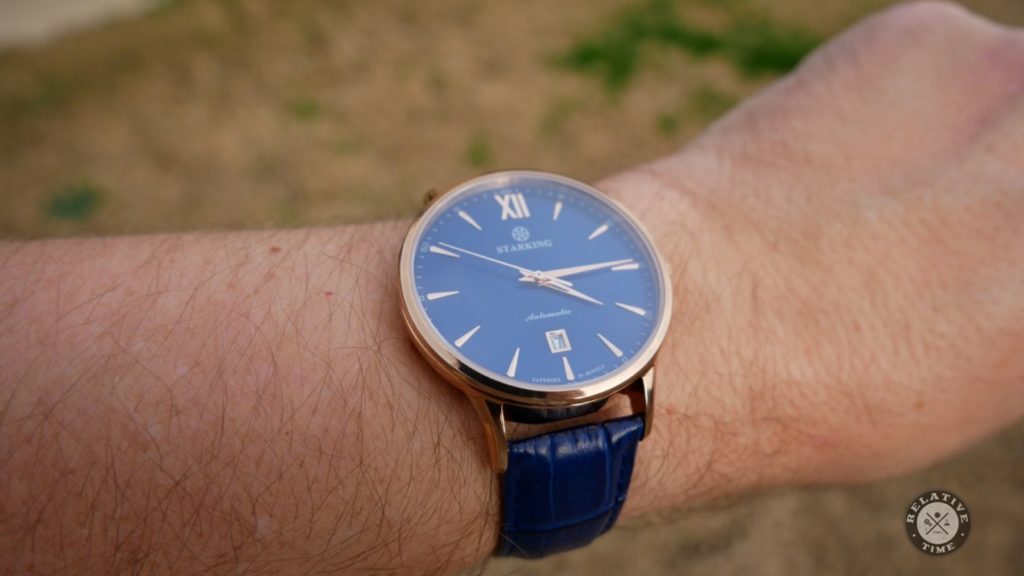 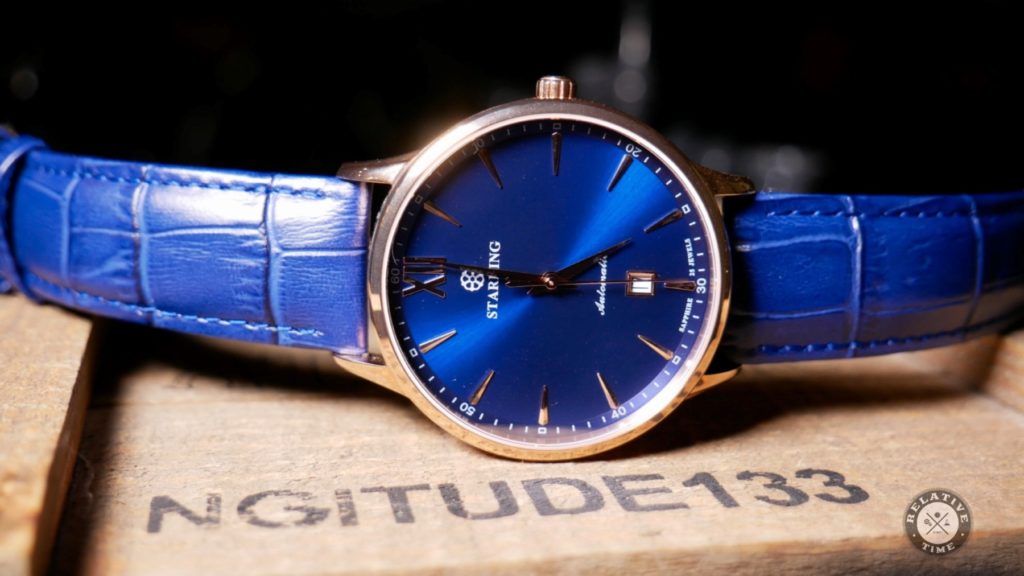 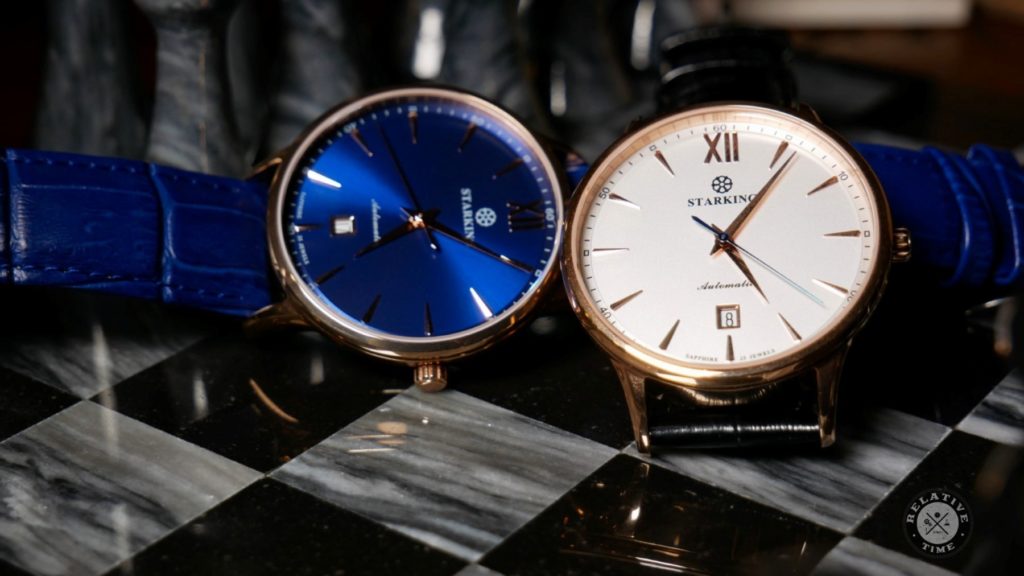 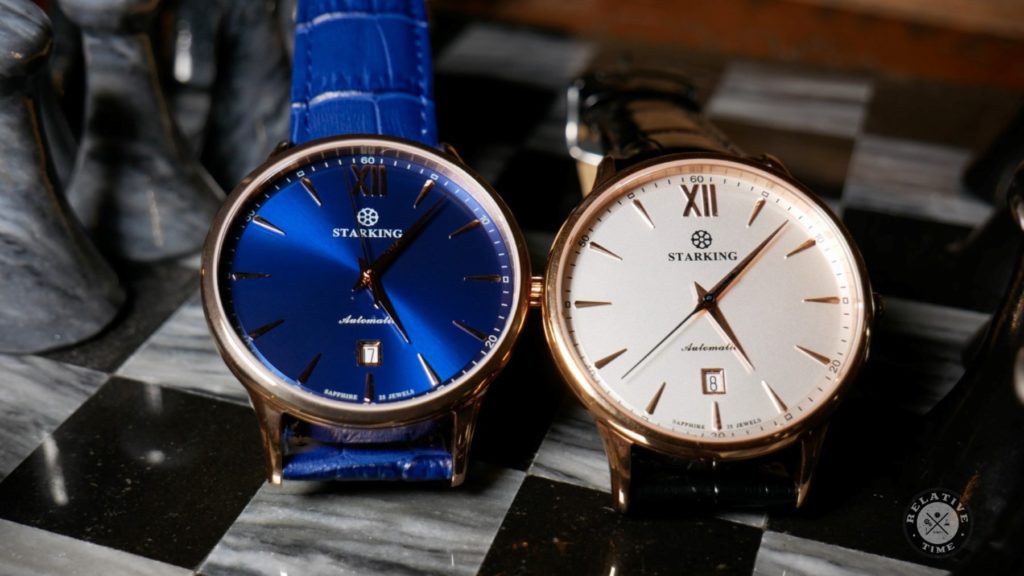 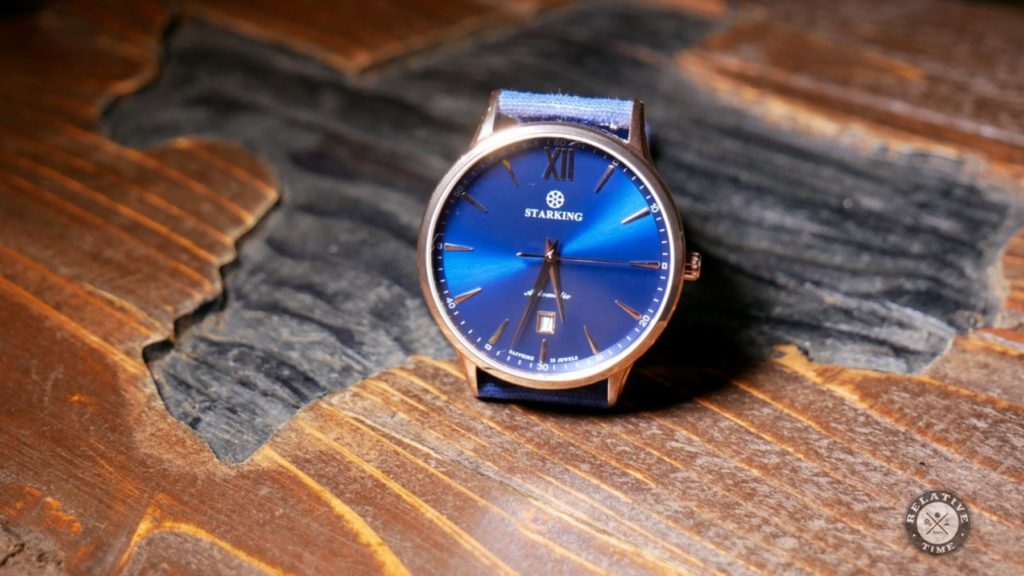 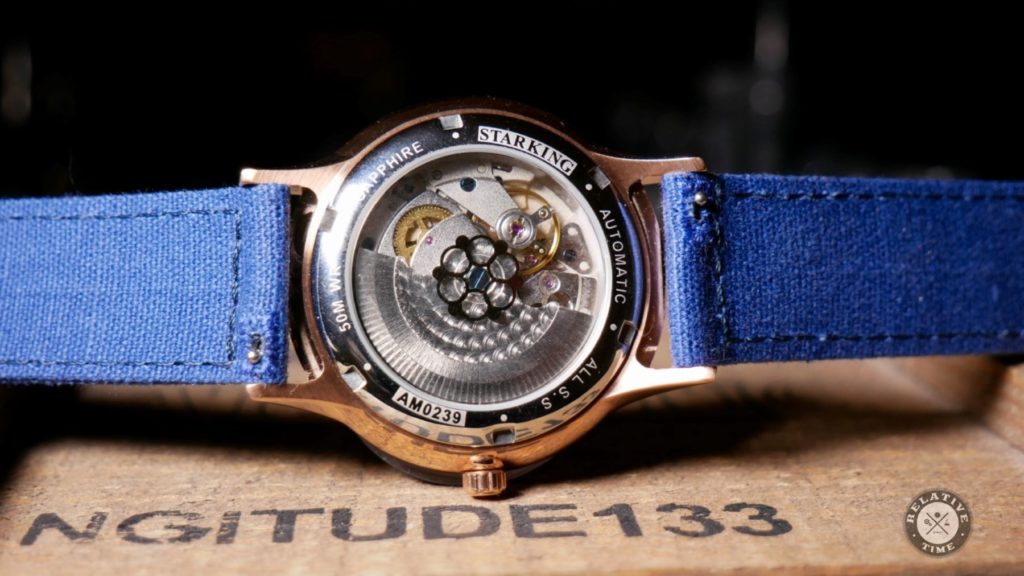 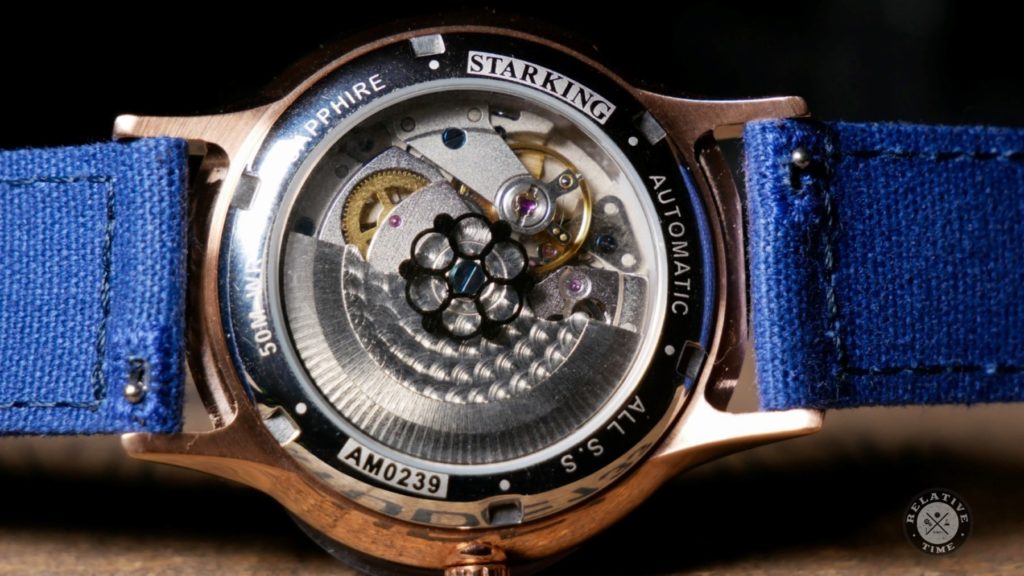 So today we are taking another look at yet another Starking. Although this may be my last Starking for a while. I’ve looked at four so far, so unless they come up with something really interesting I’ll take a break from looking at them.

Now this particular Starking is very similar to the AM0184 that I reviewed last year. With that same high beat movement that they have become known for. So for under $50 this has the potential to be a heck of a deal. Great looking dress watch with sapphire and an in house high beat movement.

Unfortunately there is one minor issue with the one I received. One that you may notice in the pictures as well as the video below. It’s small, but annoying. Something going on near the top of the dial near the 12. Small, but annoying. Hopefully it’s just a fluke, and a case of bad luck on my part. 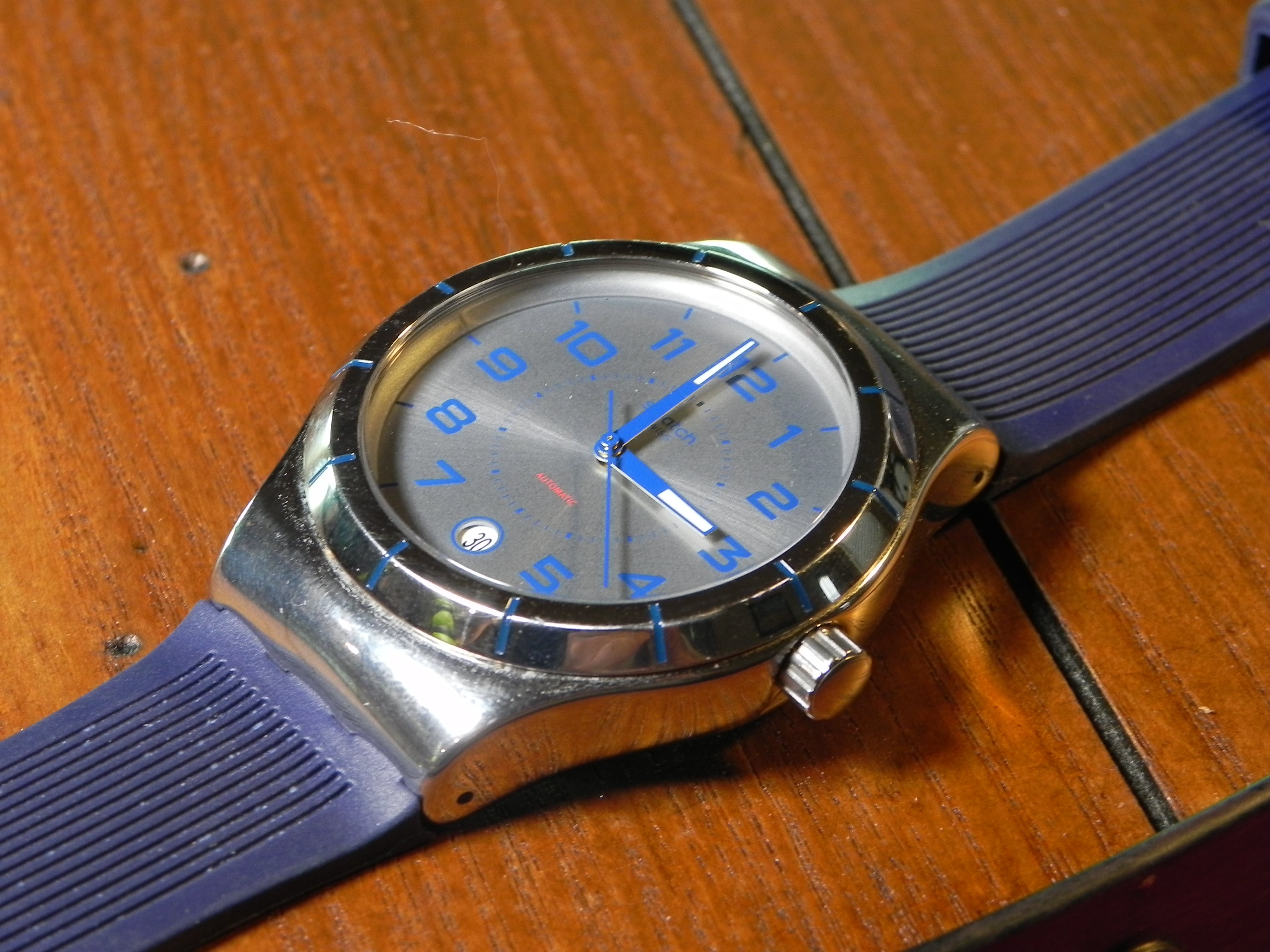 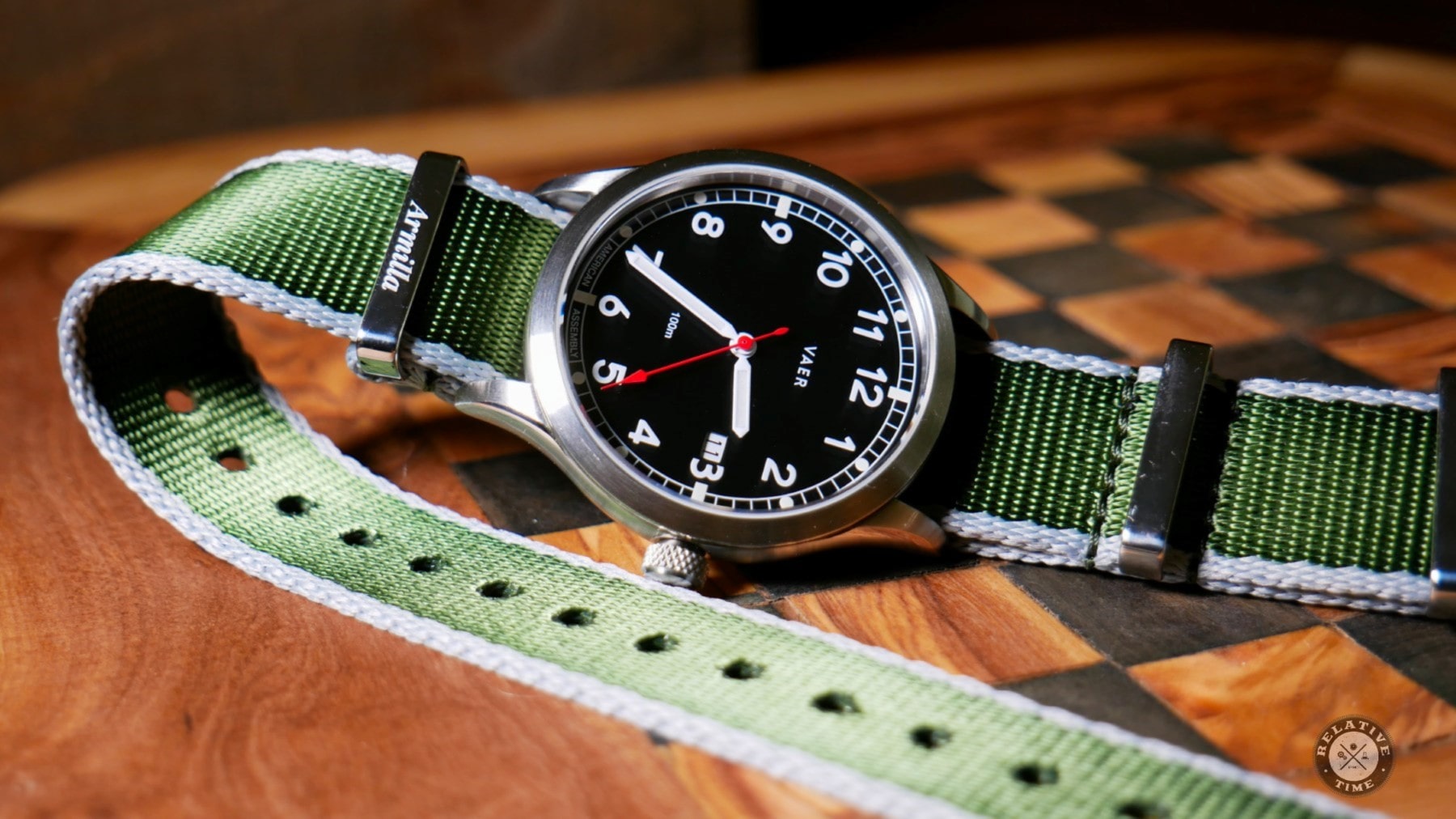 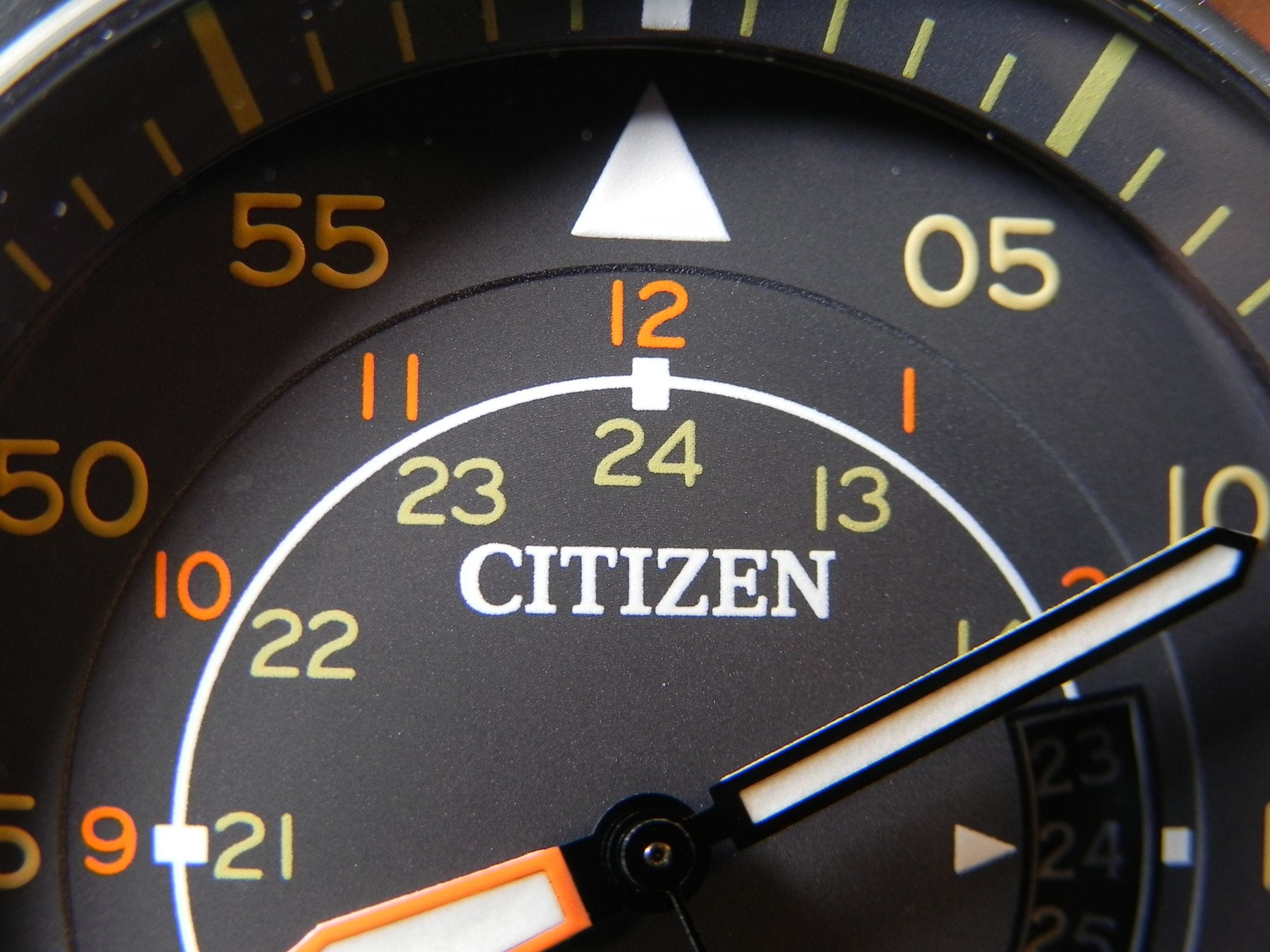 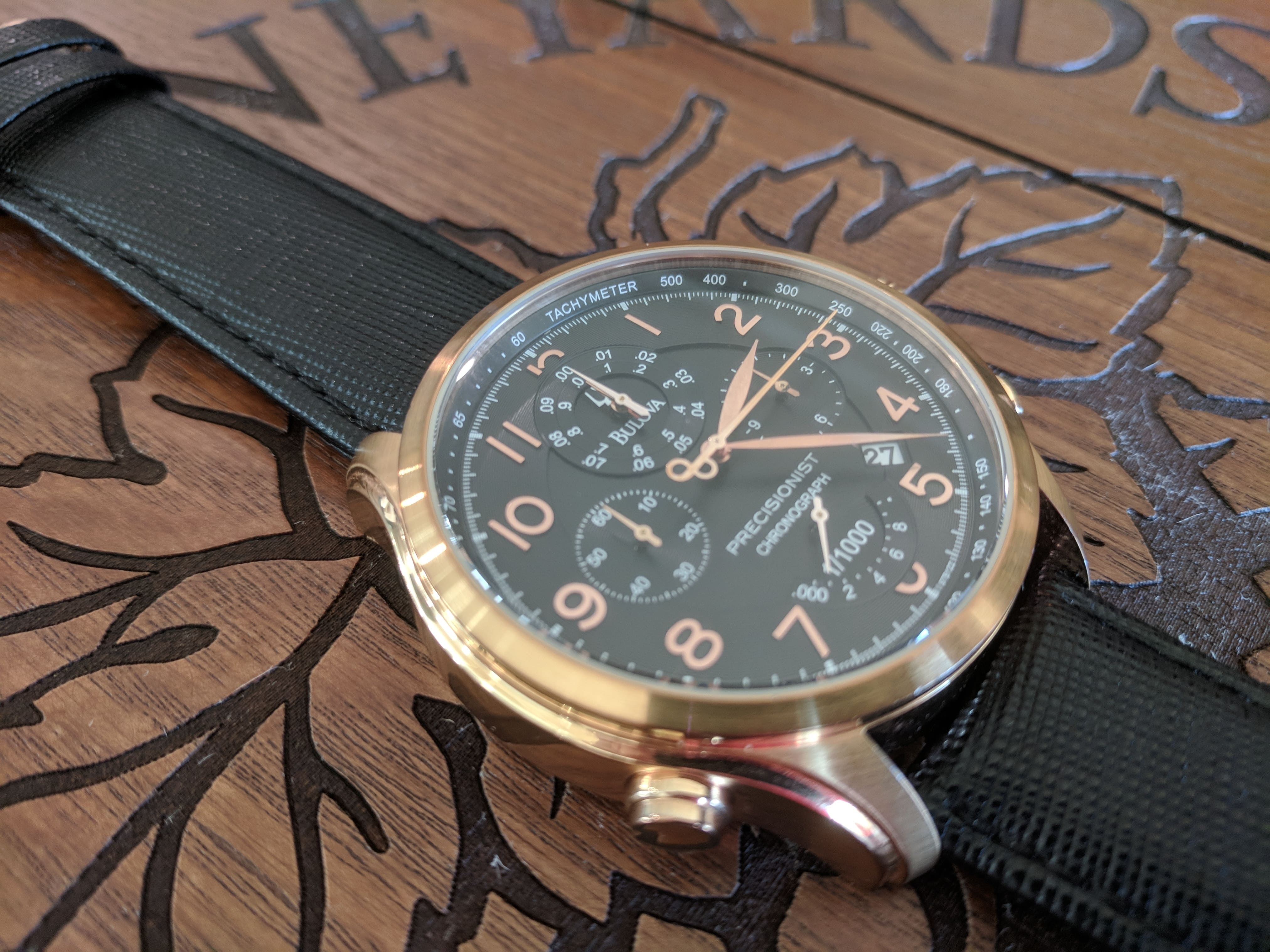 Big Bold and Beautiful; The Bulova 97B122 Precisionist Review