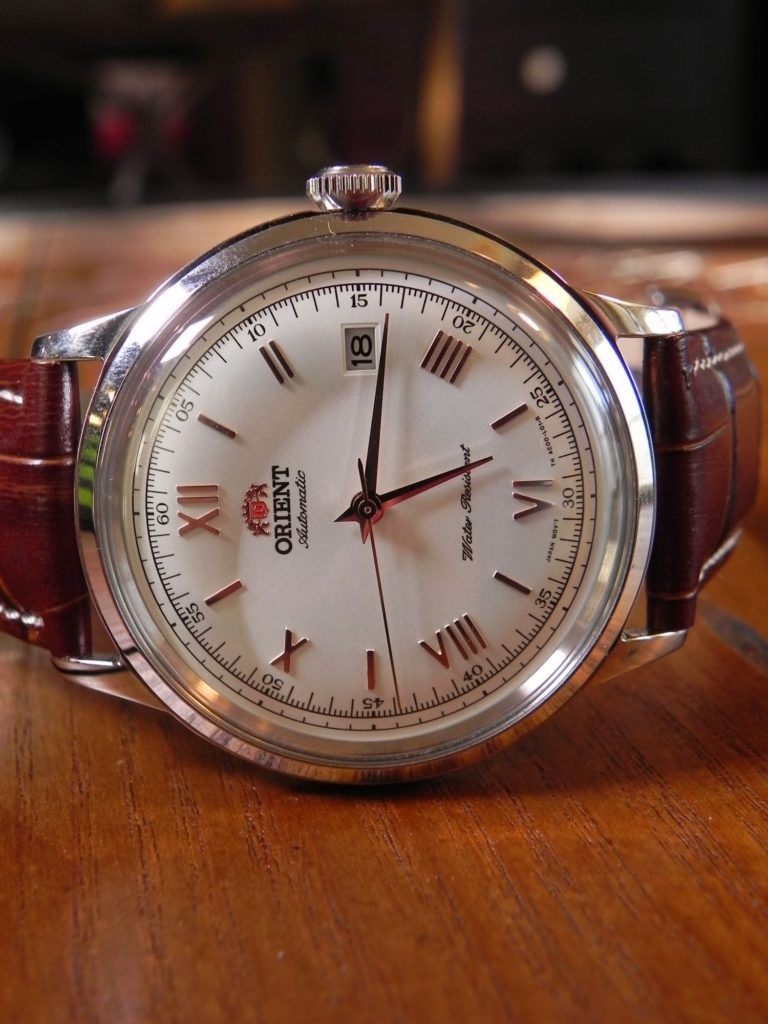 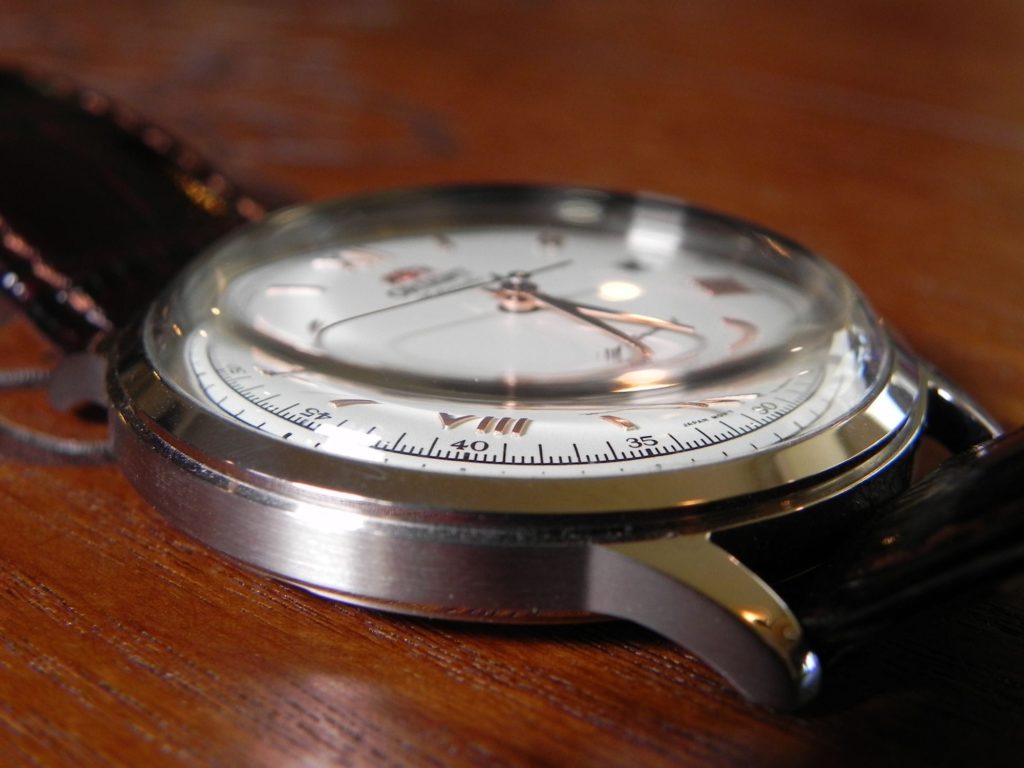 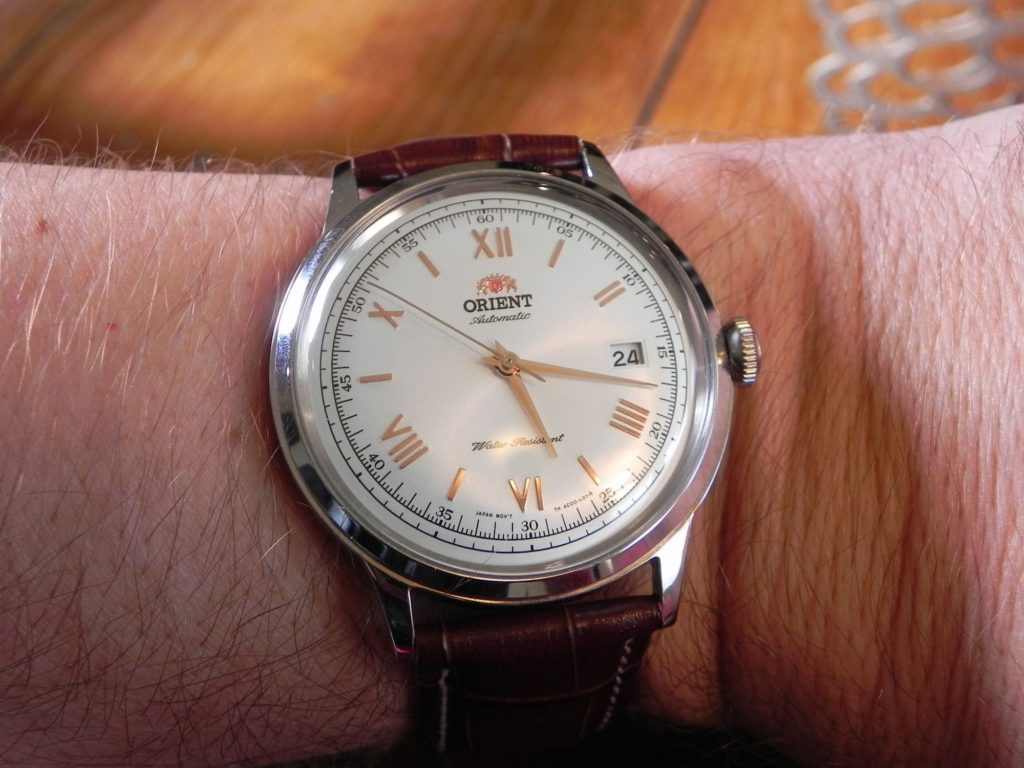 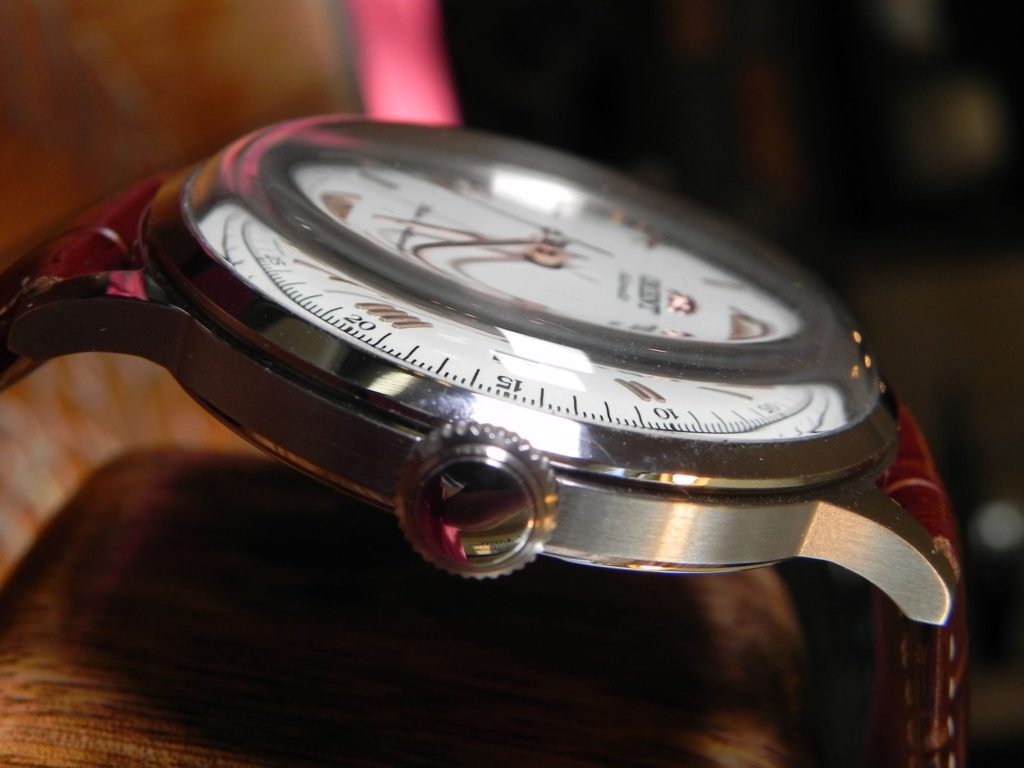 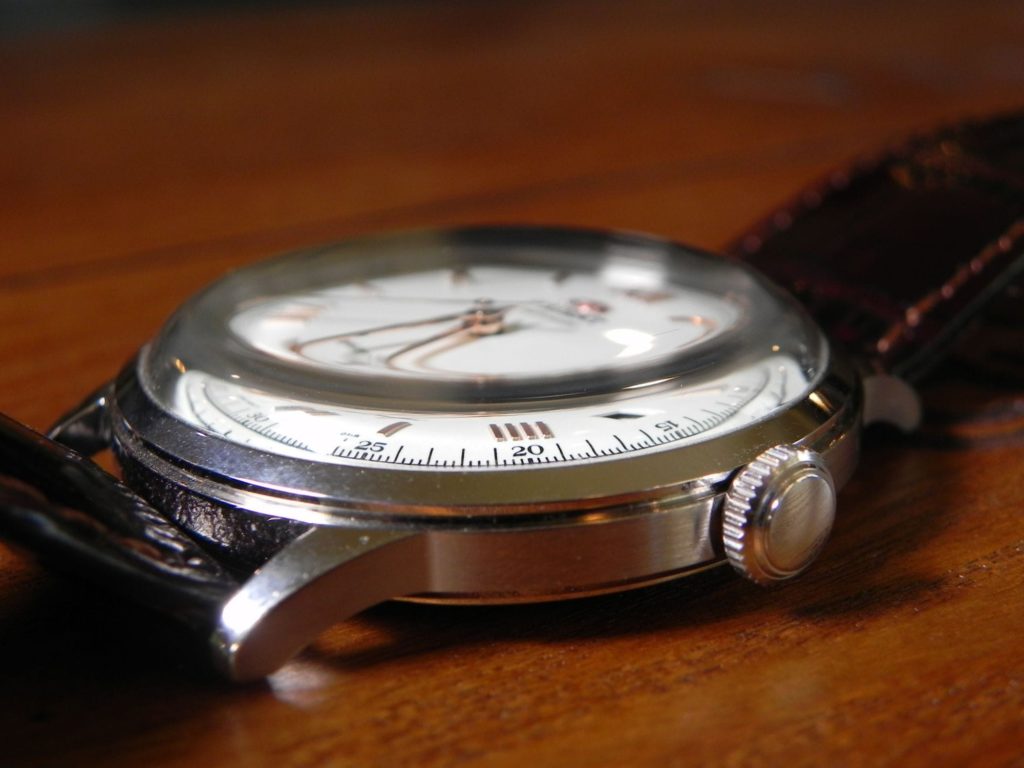 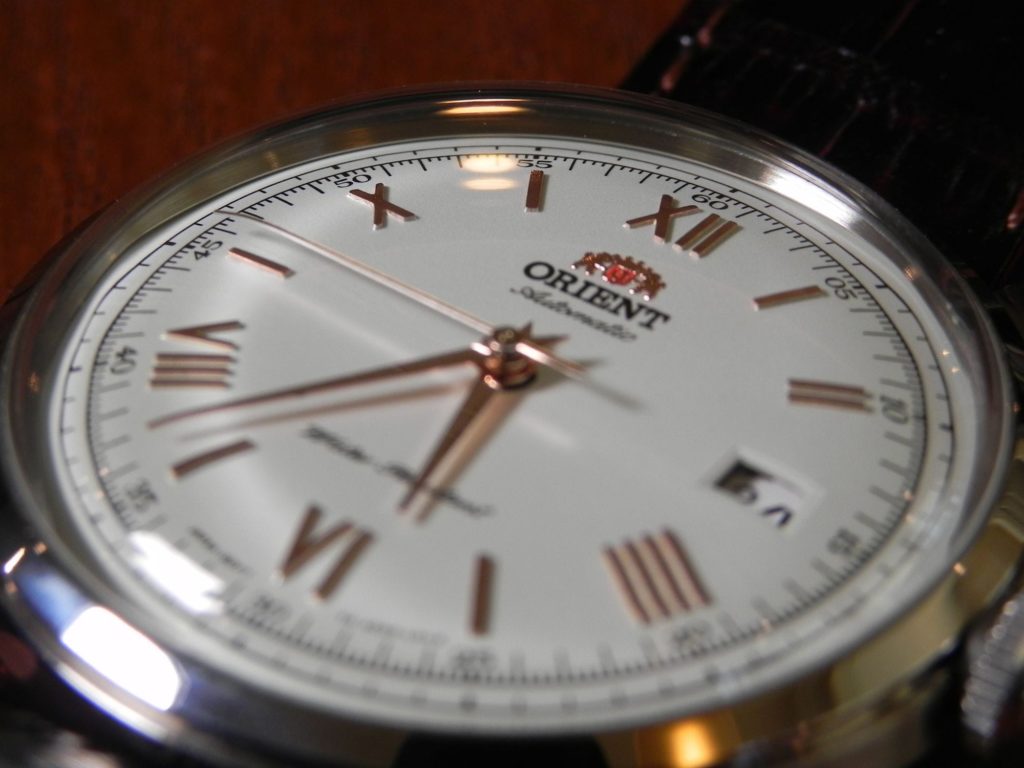 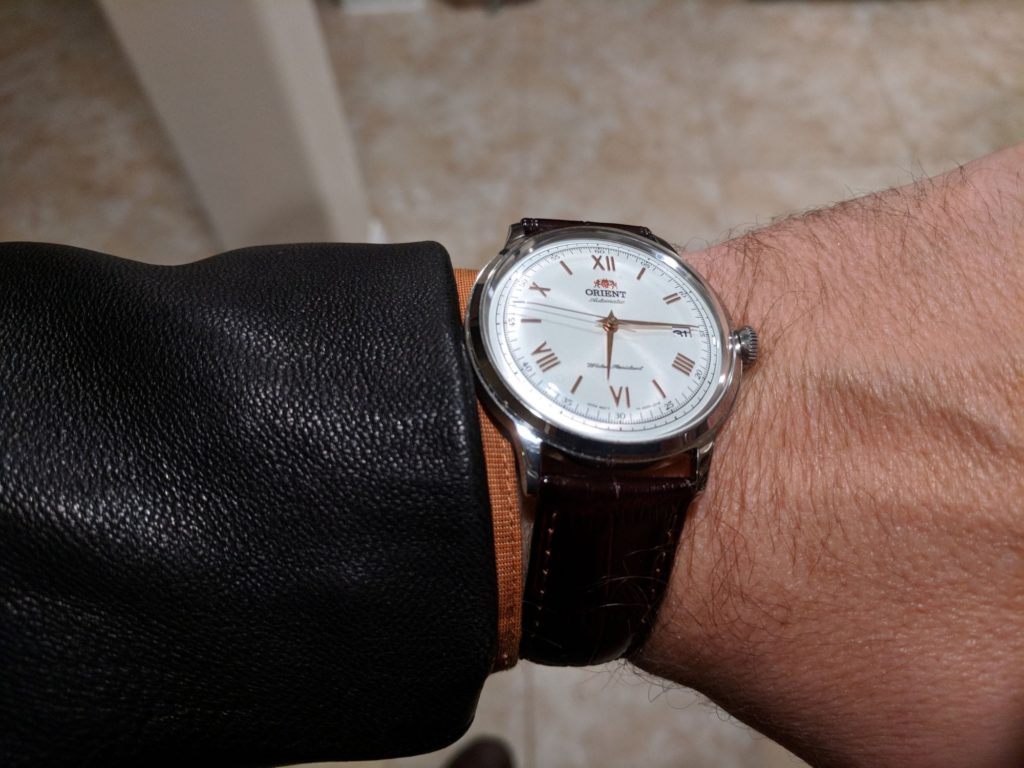 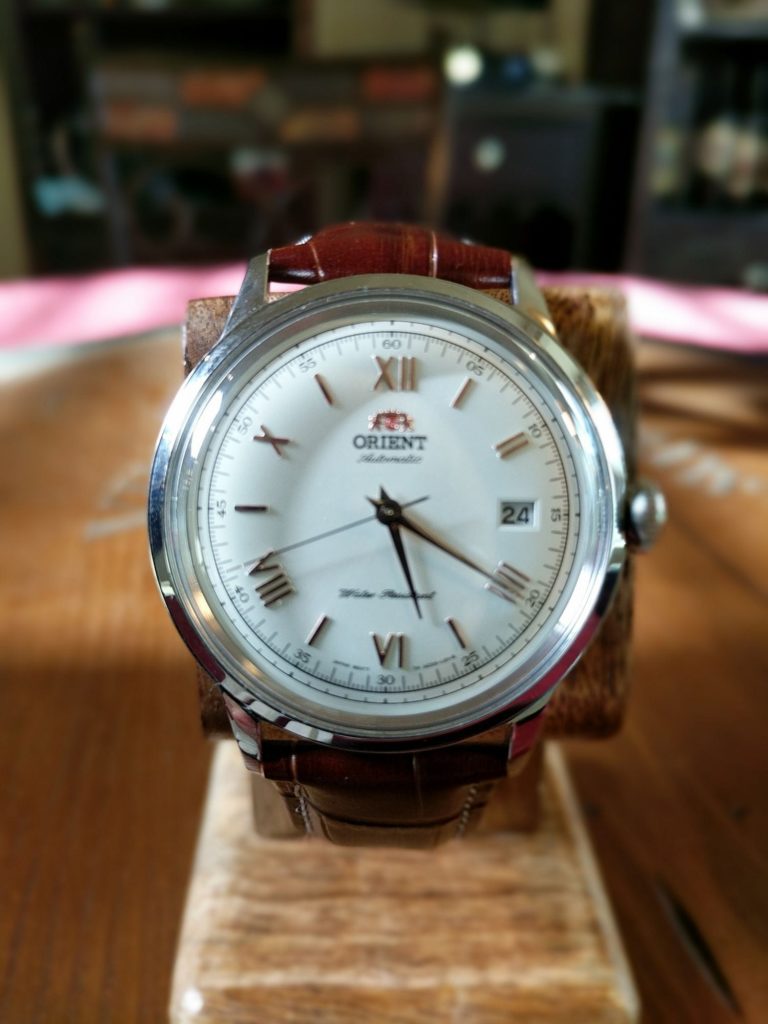 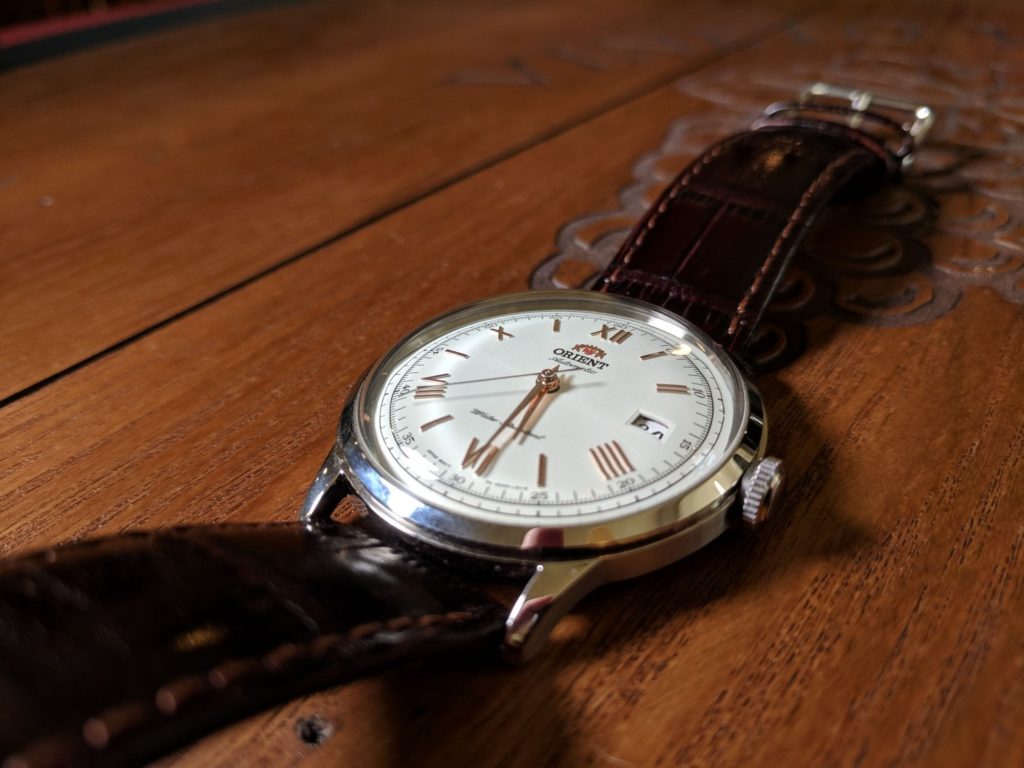 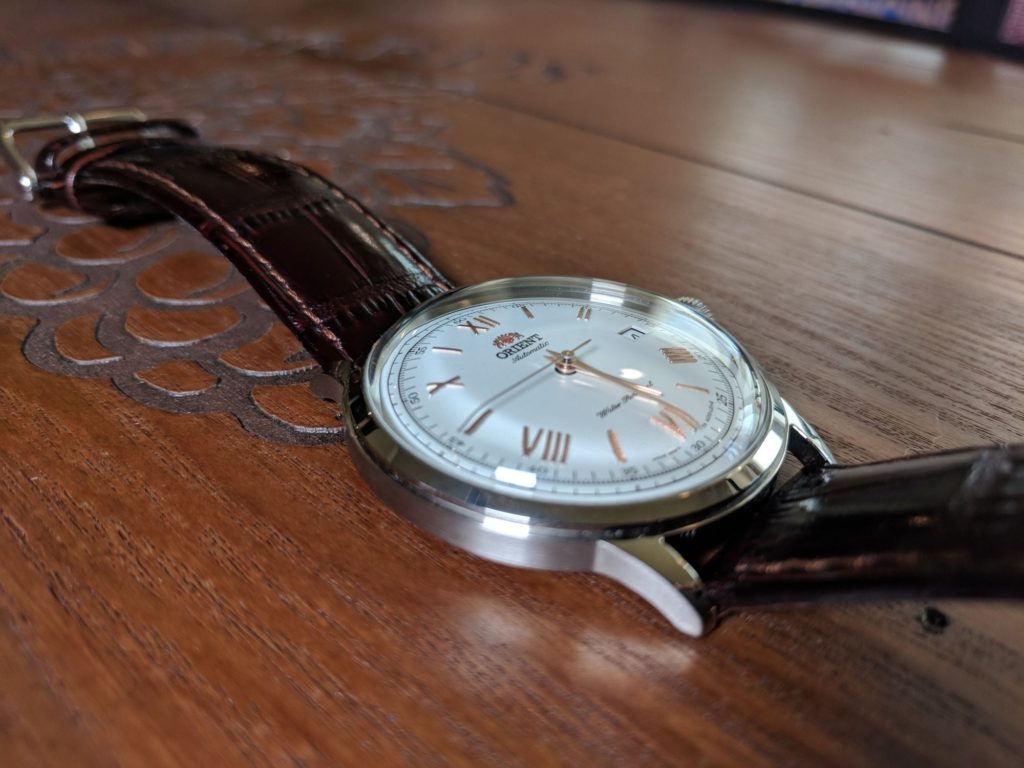 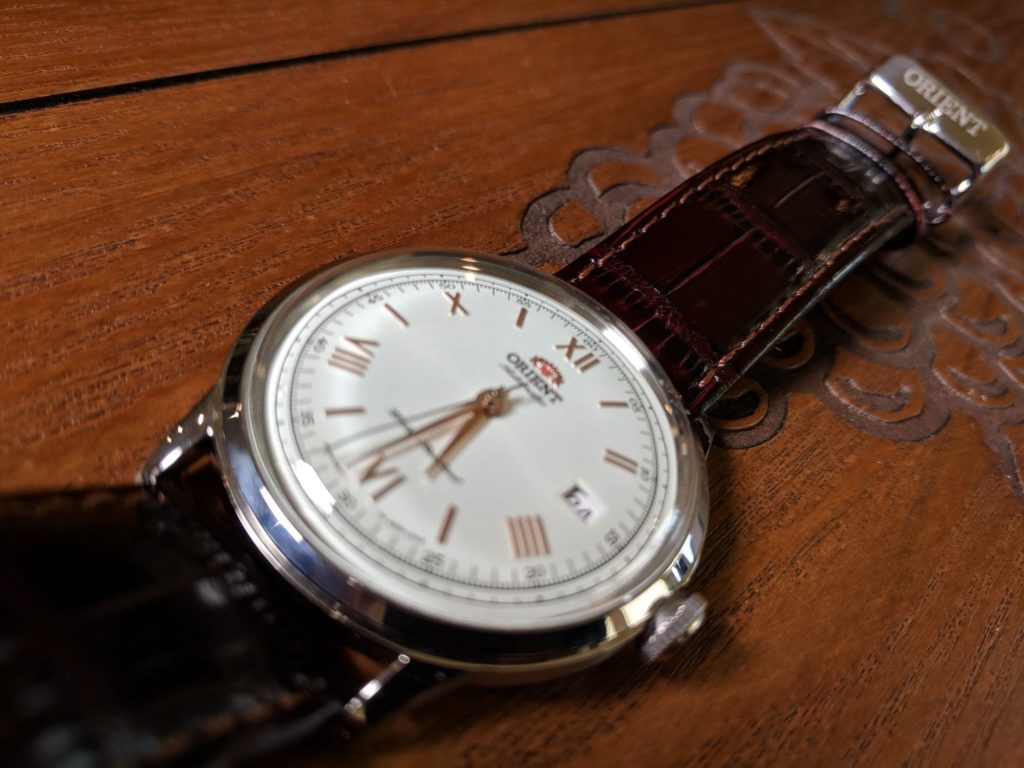 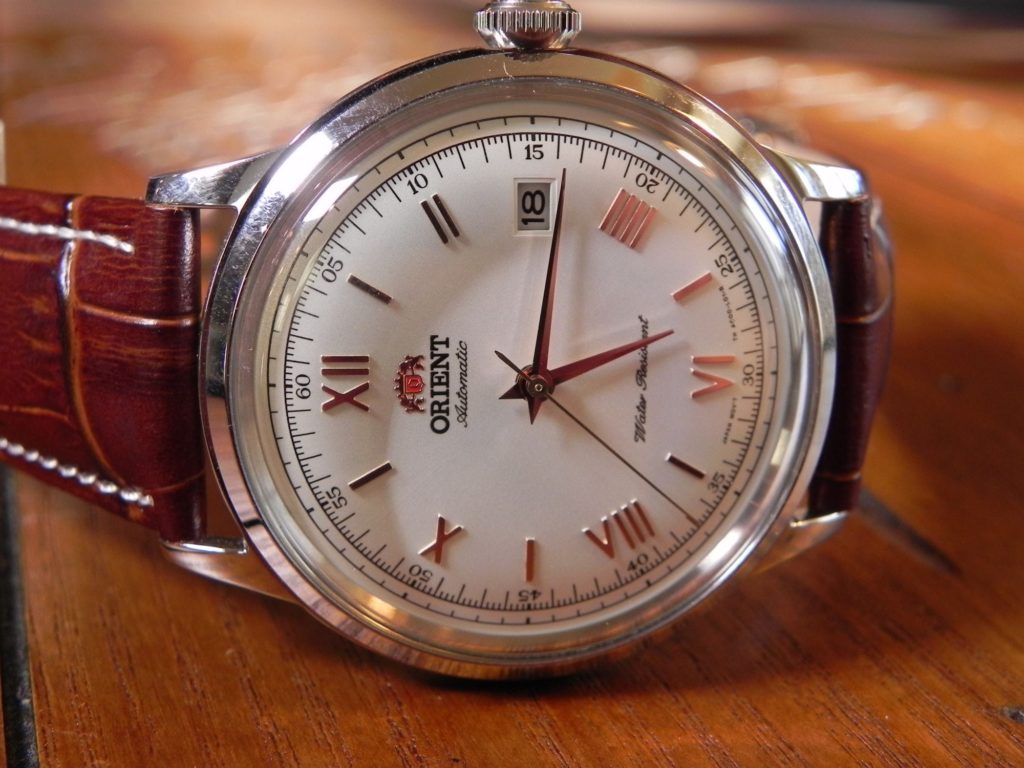 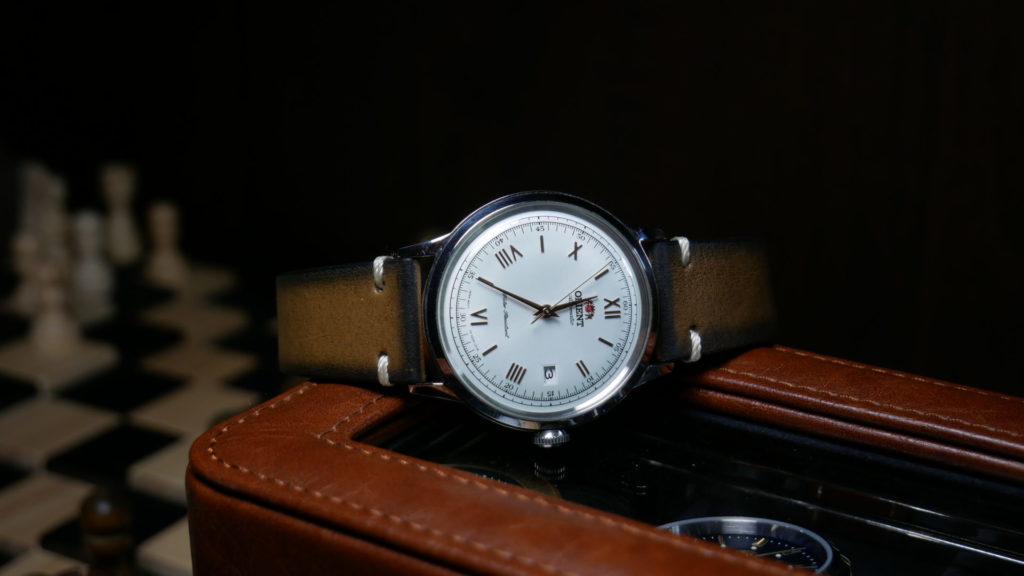 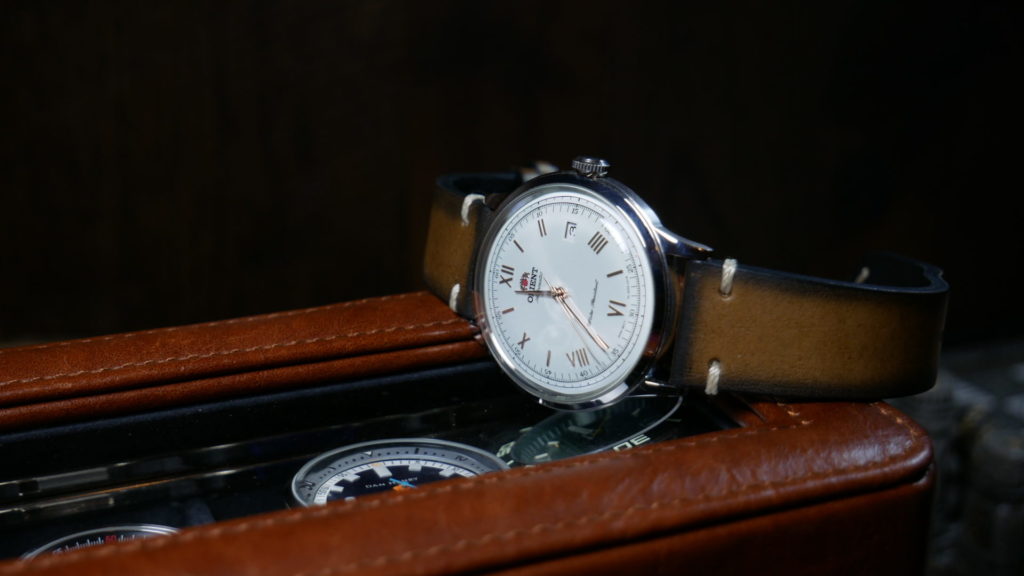 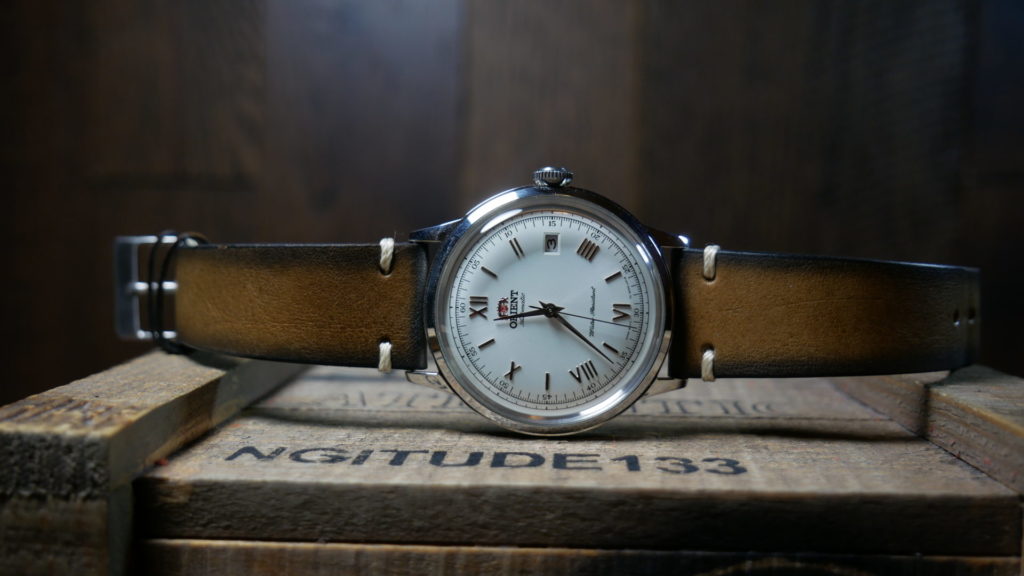 This is the second Orient we have reviewed. So I wont go into too much detail about this Japanese company again. Other than to say that I now understand what people love about their watches. Not many other companies give you the same level of quality for the price. They are well renowned for giving you the best “bang for your buck.” The Orient Bambino we are looking at here is probably the best example of that mentality.

The Bambino line is probably the best entry-level dress watch on the market today. It takes a reliable in-house movement and pairs it with a style that is simple and classic. Now I should mention that there is some confusing naming within the Bambino line. As there are both different versions, and generations of Bambino. Rather then try to explain it, it’s probably much simpler to leave a link to someone who has already done a good job of explaining it.

Now the model we are looking at here is a generation 2 version 2. Specifically model FAC00008W0. It’s a 40.5mm, with a stainless steel case, white dial and rose gold hands and markings. It is simply beautiful. What really sets the Bambino’s over the top is it’s crystal. It has a beautiful domed crystal, which gives it a retro quality. The watch looks beautiful in pictures, but even better in person. It’s simply amazing that a watch this good, costs this low. Usually running between $100-$200 on line.

As always my video is below with the full review, and to see this thing in action. If you love the watch as much as I do, and you would like to support my channel, amazon affiliate links are below. I’ll include some examples to the other styles as well. 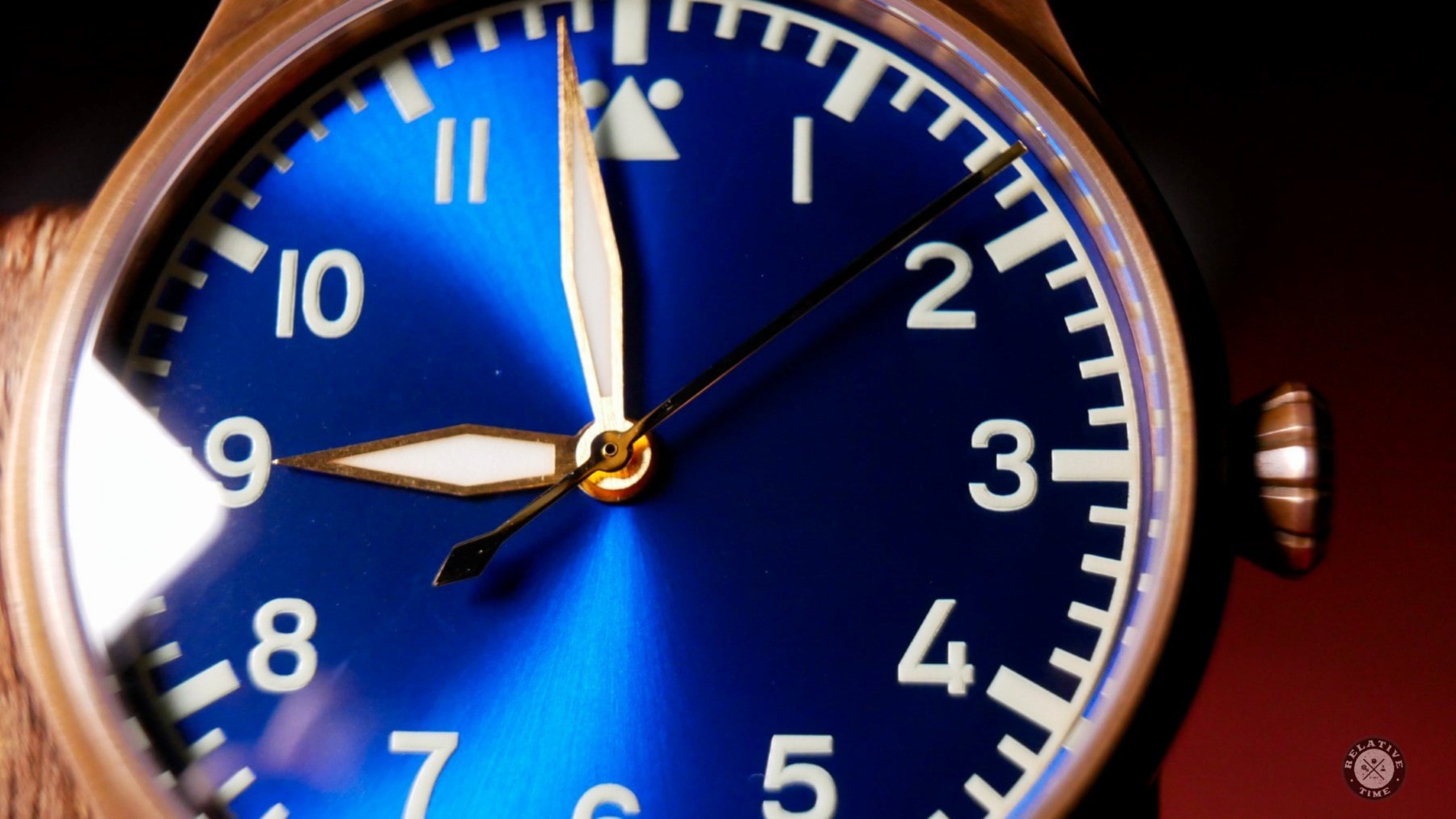 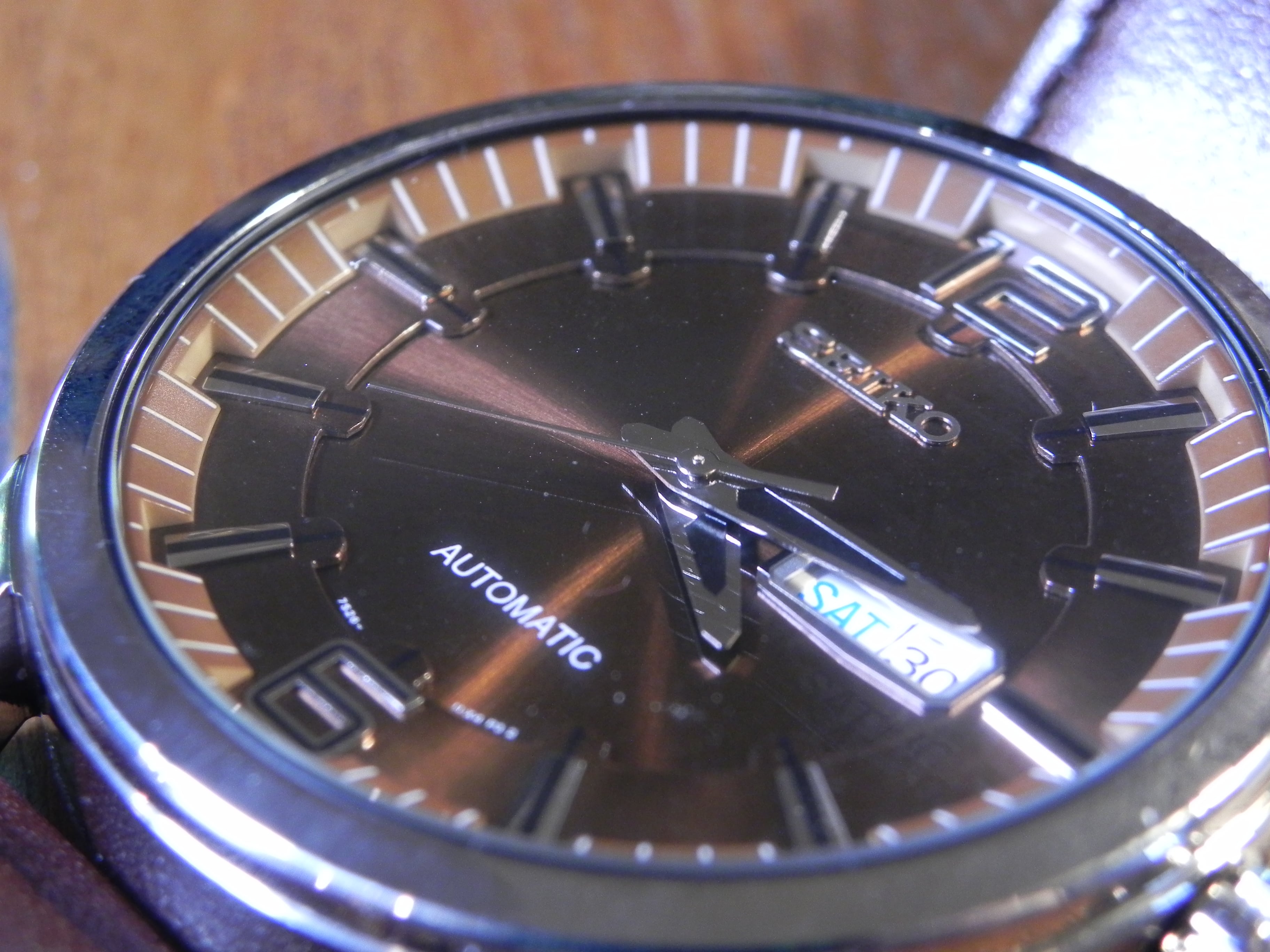 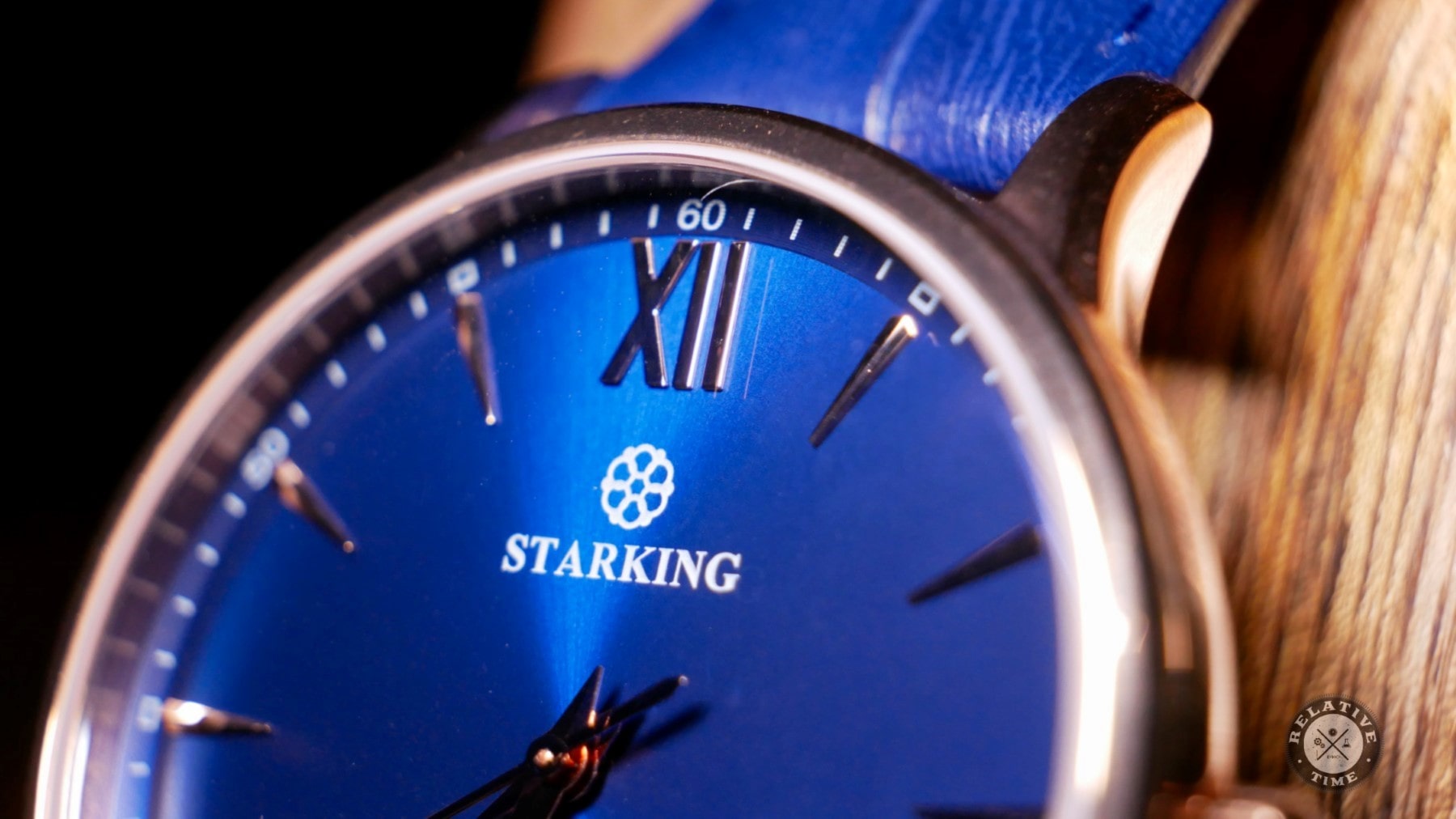 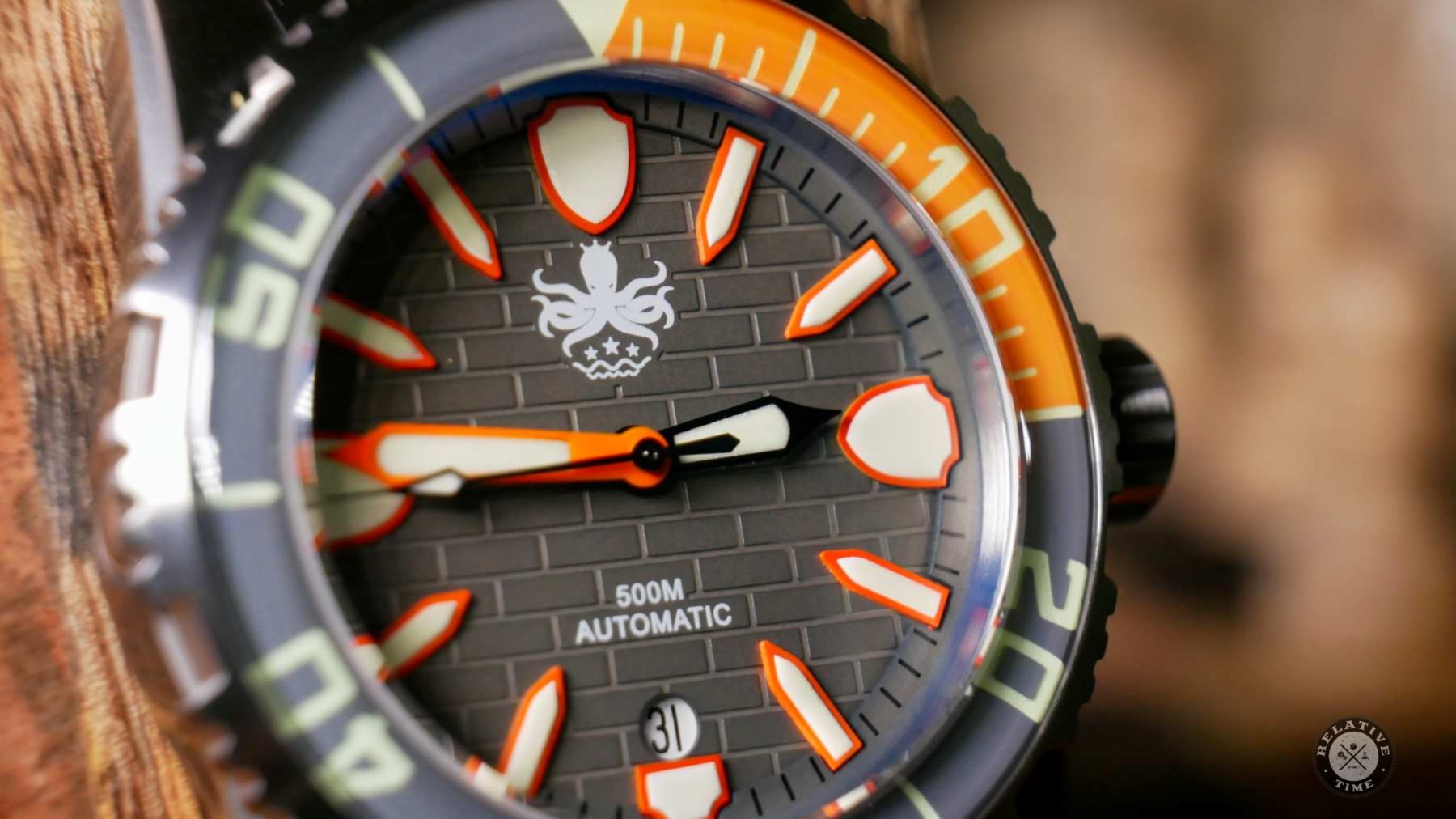