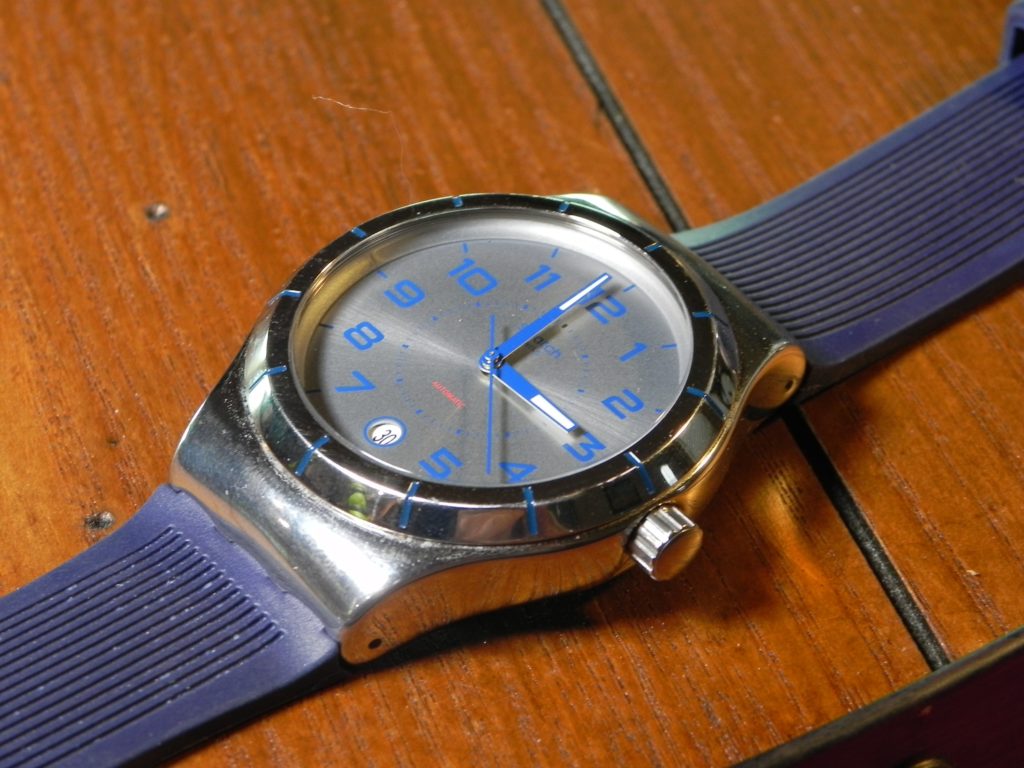 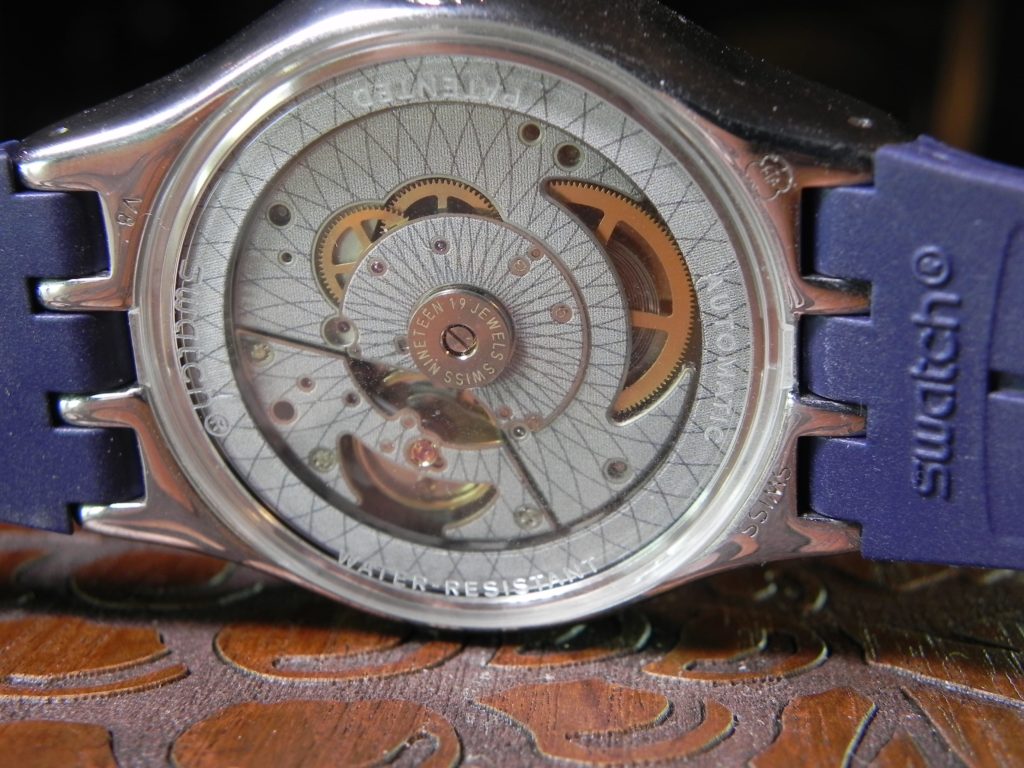 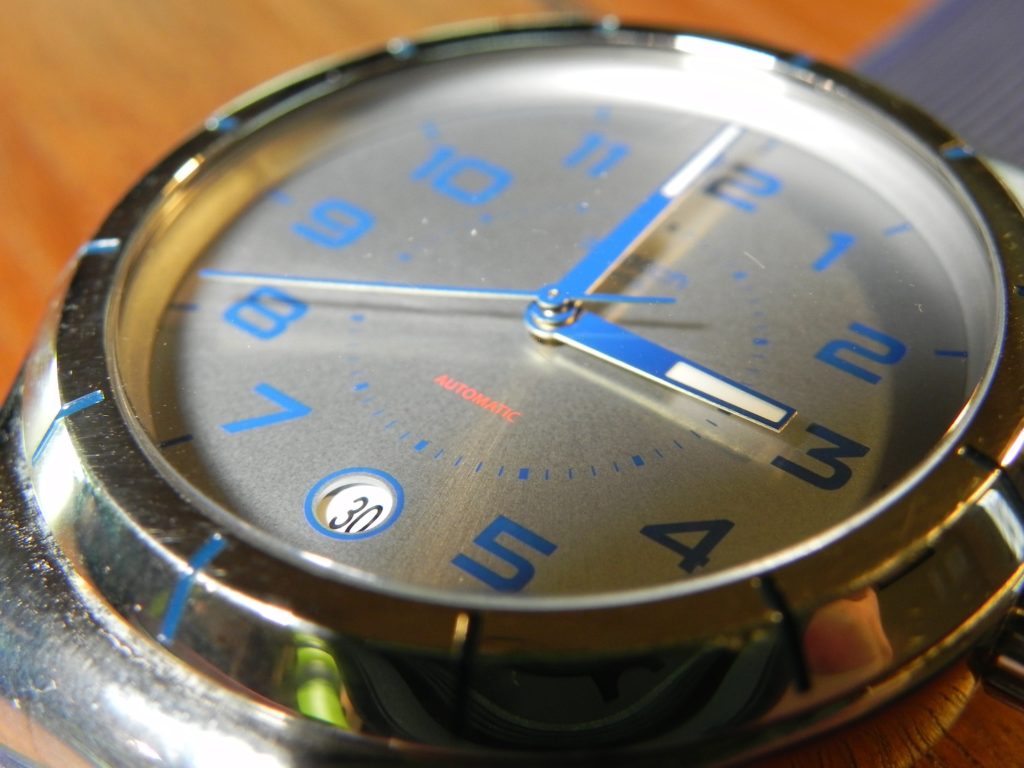 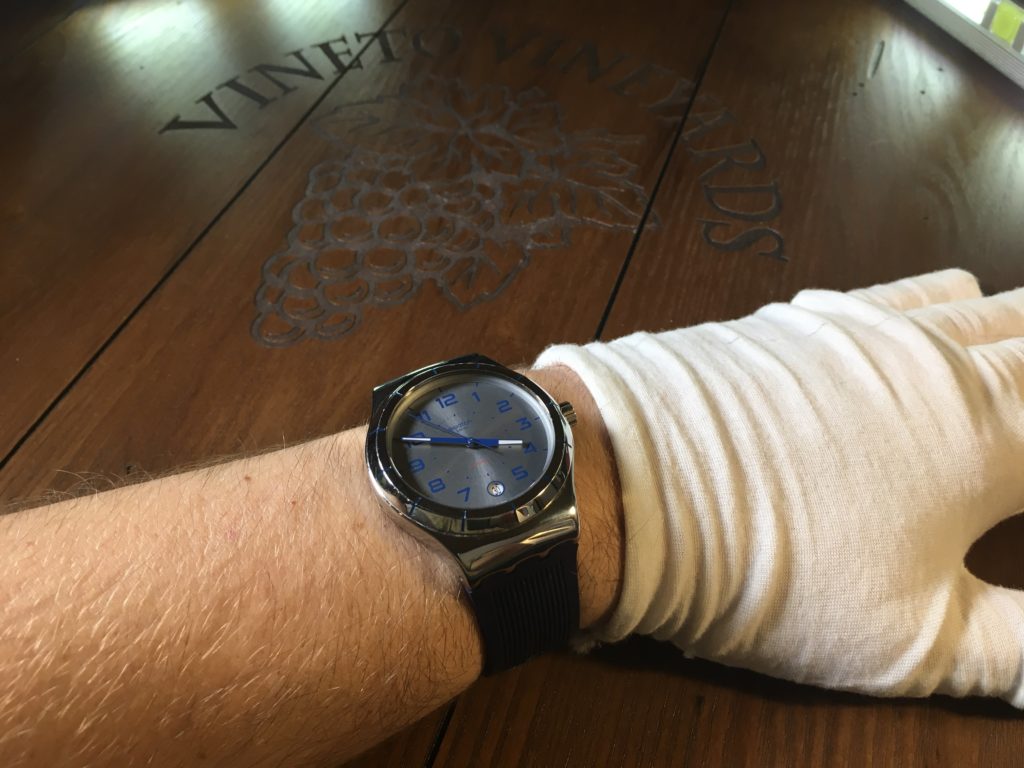 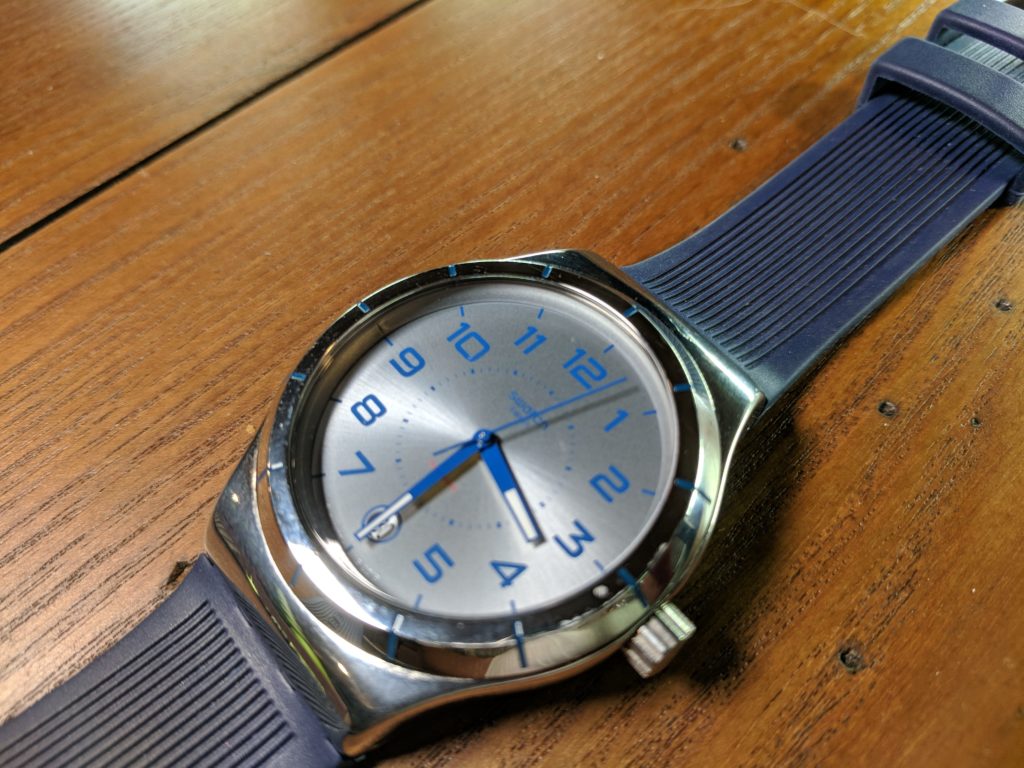 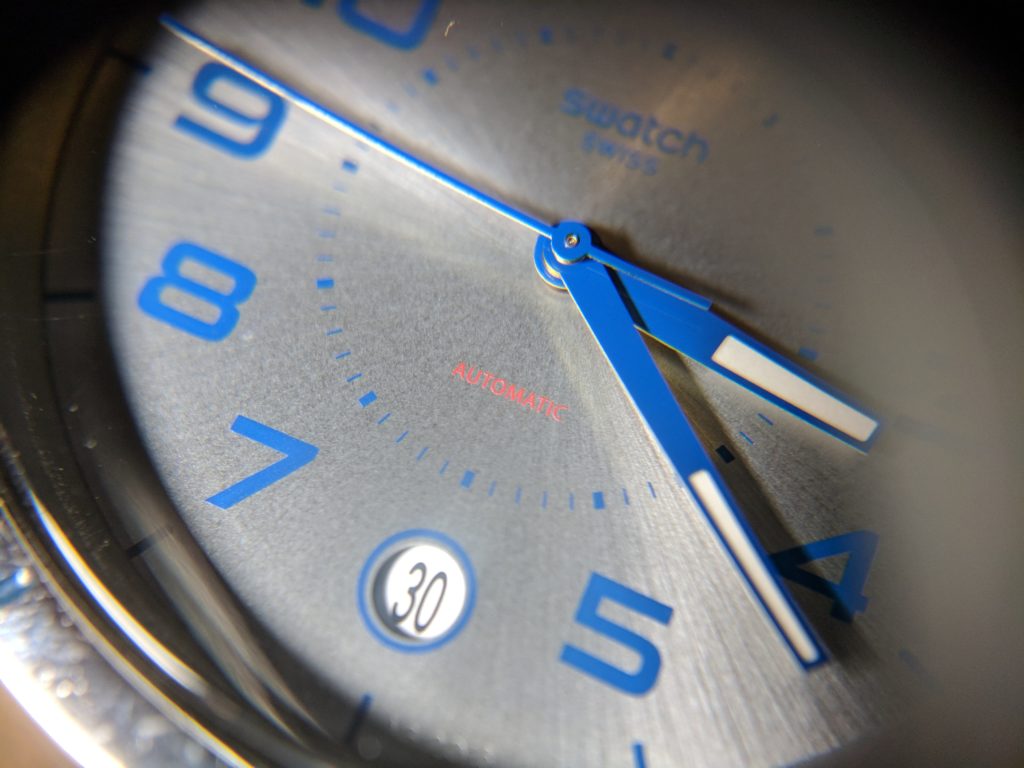 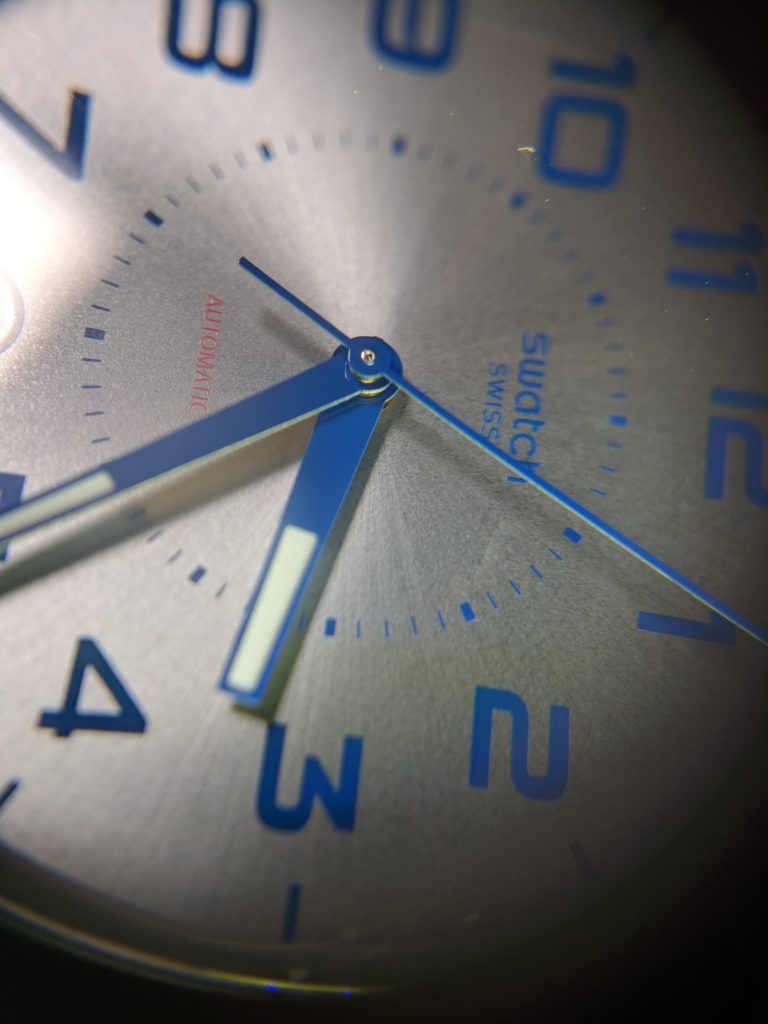 Swatch’s styling can be a polarizing topic.

To some, the watches are uniquely designed, collectible, and affordable swiss time pieces. A relic of the 1980s and 1990s, one that is remembered fondly. To others it was a loud and funky fad. In some ways hoping that it got swallowed up by the passing of time, along with parachute pants. Yet Swatch not only survived, but has thrived over the years.

The purpose of the original Swatch, was to create a simplified quartz design that could be automated for mass production. It was an overwhelming success. In 2013 Swatch announced that they had gone back to the drawing board to innovate watches again. But this time it wasn’t a quartz movement, instead they had come up with a new mechanical watch design. They named it Sistem 51.
It was a simplified design using only 51 parts, had a superb accuracy for its price, and an awesome 90 hour power reserve. And they were able to create it with a fully automated manufacturing process. Sistem 51 is the only movement in the world that is manufactured without human intervention.

I’ve been interested in the Sistem 51 line ever since I heard about it, but never took the plunge. But I recently was able to score one on ebay at a great price. It’s a Sistem Navy model YIS409. Its a highly polished stainless steel case, with a very reflective silver dial. And as the name suggests navy blue marking, hands, and silicone strap. Check out the video below for the full review.  If you like the watch, and would like to support my channel, Amazon affiliate links are below.

Look what just shows up from Phoibos. The new Voya

Armilla sent me some of their new Perlon straps to

One more shot of the Seiko Dress-KX. This time on

A new brand on Ali sent me this to check out. Beau

Very cool. The new SRPE61 on an Armilla Perlon St

New video Alert! 📣🚨 Finally got around to re